2nd OF MARCH COMPANY I WORK FOR HOSTED A FANTASTIC NIGHT FOR HOST OF PRIVATE WEALTH AT THE ASTONISHING ‘The Dorchester Hotel‘ I have to say this topped last year as there was a lot more entertainment. However, I had to help out with organising all the tables and being at the front desk ensuring people would sign in before and during the main event. My overall experience was amazing, from until the end of the show.

Dorchester Hotel is known for celebrity spotting, as I saw Chris Eubank dining inside. At first, we had to set up all the name labels and front desk. Once that was done and completed we got ourselves our very own changing room inside the Dorchester Hotel, the interior was stunning being inside the hotel room for the first time since last year we had to get changed in a random room. Below the TV, if you opened up those draws you could see a fridge, full of treats as they were full of soft drinks and chocolates. The bathroom was just as impressive with all marble flooring and bath.

Below the TV, if you opened up those draws you could see a fridge, full of treats as there were full of soft drinks and chocolates. The bathroom was just as impressive with all marble flooring and bath.

After getting ready and prepped for the night, I had my tux on as I had no choice but to purchase a new one to be prepared beforehand, which I did 2/3 weeks before the event with a mix of online and store shopping from Tesco’s F&F, Debenhams, Next and ASDA. Thought I pulled it off quite nicely since it did not come as pricey as I thought it would have been as well. Below links are places where I purchased my items in-store and online.

Black Trouser from Next

Starting with food on the day I thought was impressive, as starters were nice and fancy. Enjoyed all the 3-course meals, as waiters were pretty much friendly as well and filled our drinks continuously. However, loved up facts from starters to dessert presentations were spot on, so well done to chefs at Dorchester Hotel. The menu on the right below was what I had for dinner during the awards night from top to bottom. I told them about my dietary requirements there, made sure everything was non-alcoholic and my main dish was halal. 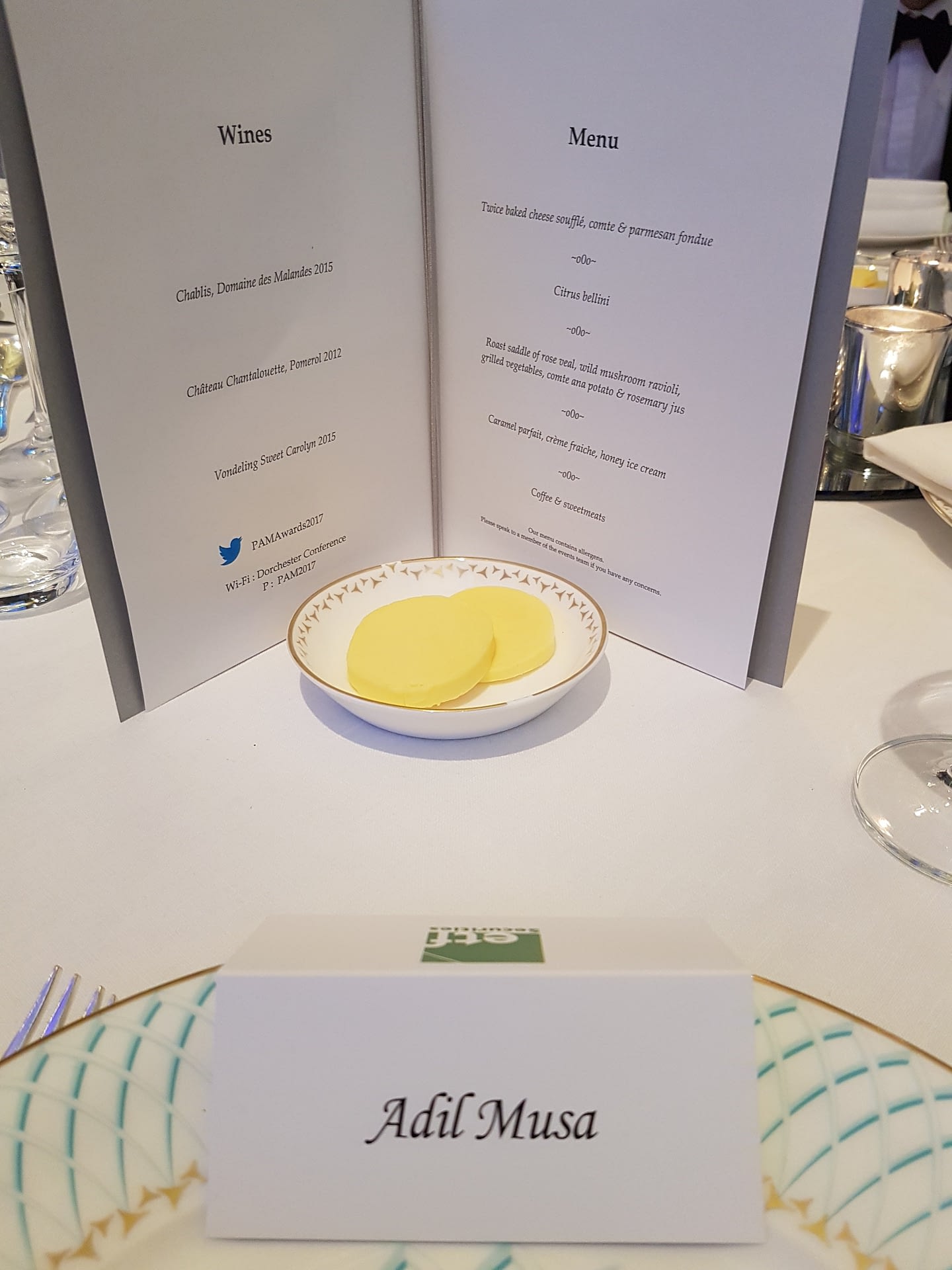 Last year for starters we had Glazed Salmon on Shitake & Scallion, Wasabi Soy Dressing for starting but this year we had Twice Baked Cheese Souffle, Comte & Parmesan Fondue. 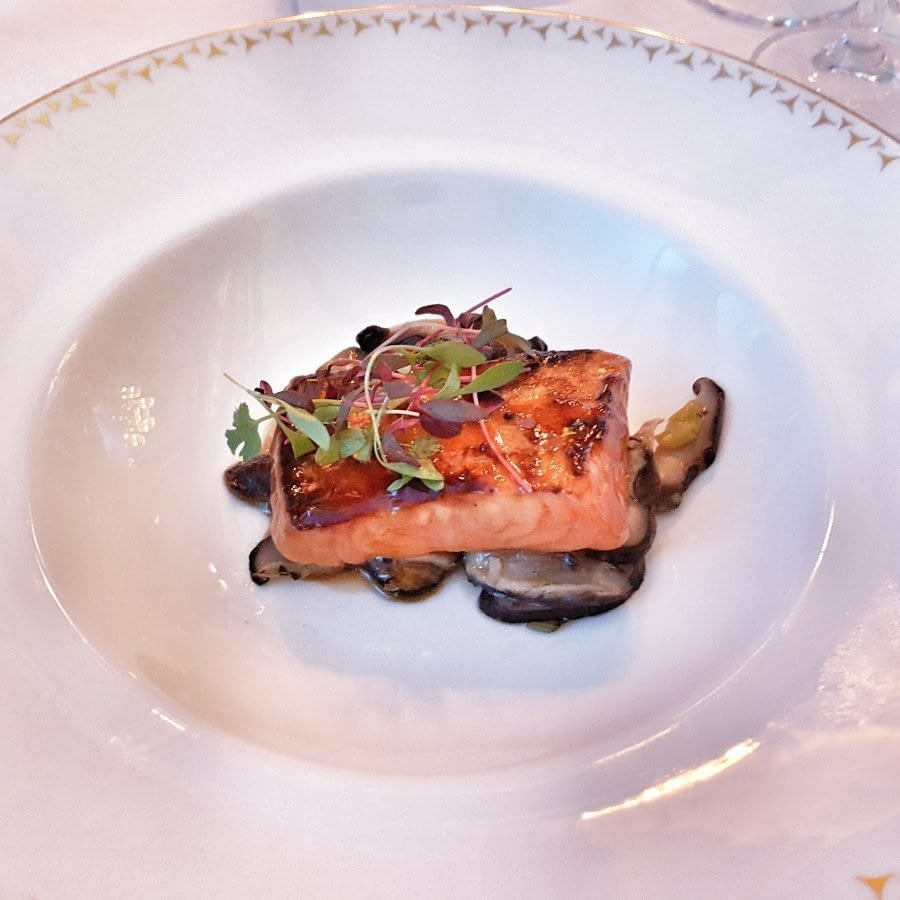 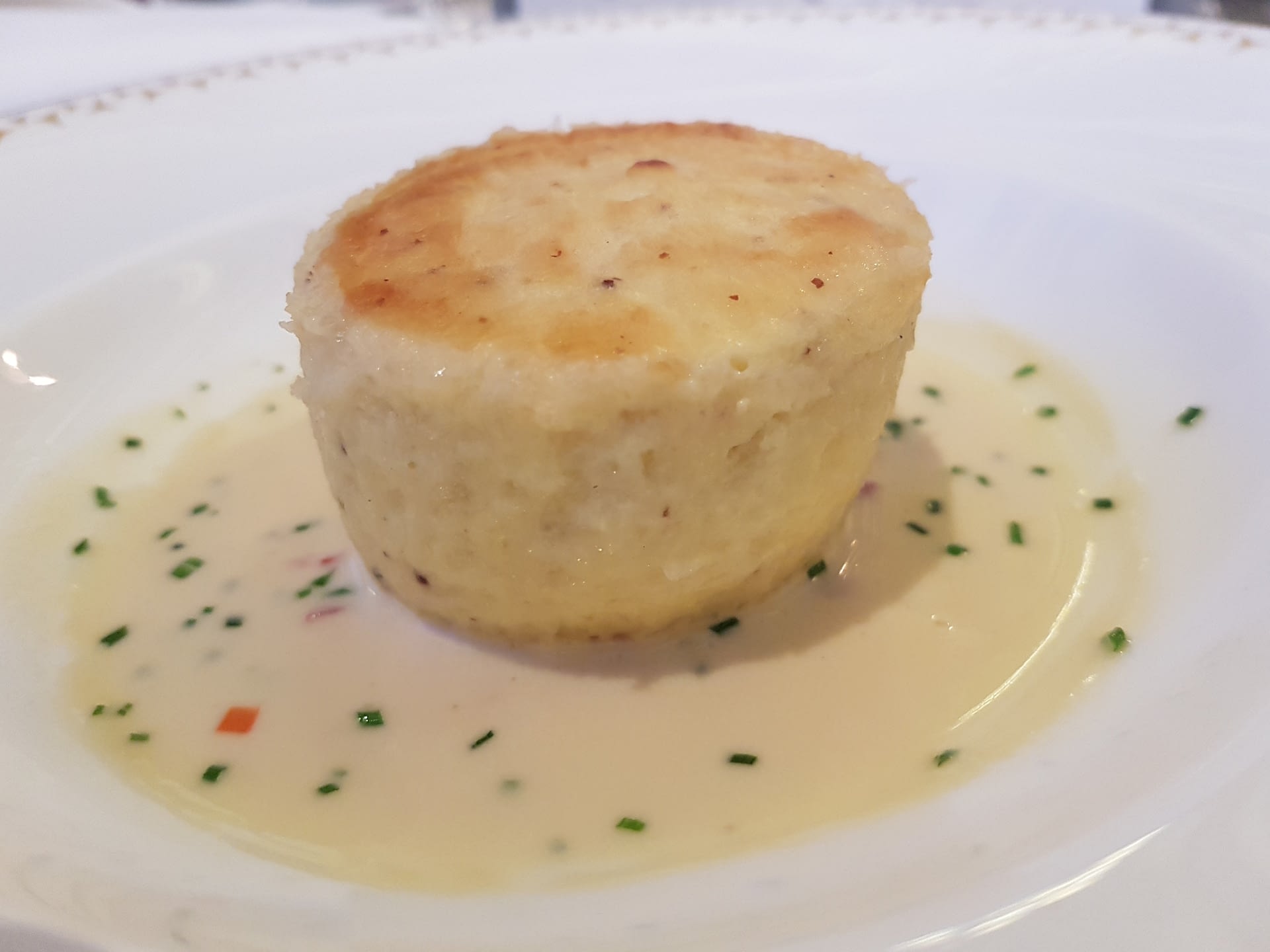 This stunning Glazed Salmon was pretty delightful, one of the best seafood I’ve had and it was beautifully presented. The cheese souffle was really soft and well cooked. After our starter we had our main course delivered, what I had in mine was halal meat, a grilled vegetable which included mushrooms and peppers as well as comte ana potato. 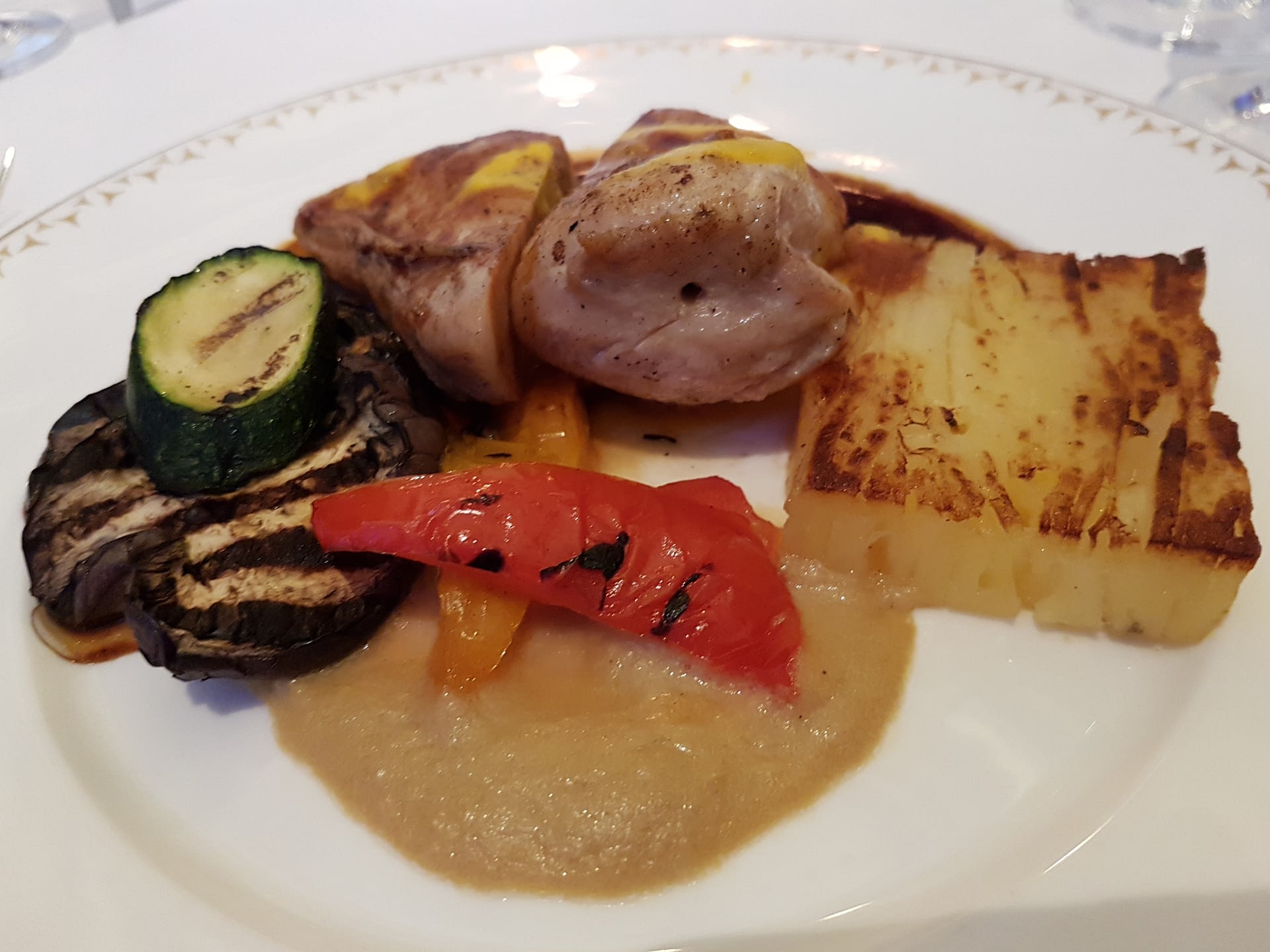 Our last round of meals was desserts, which was my highlight of the day when it came to dinner on the night. Below is the Plum Streusel with Vanilla Ice cream which we had last year for dinner but this year they did really well when it came to desserts as it was filled with caramel parfait, creme fraiche and honey ice cream. 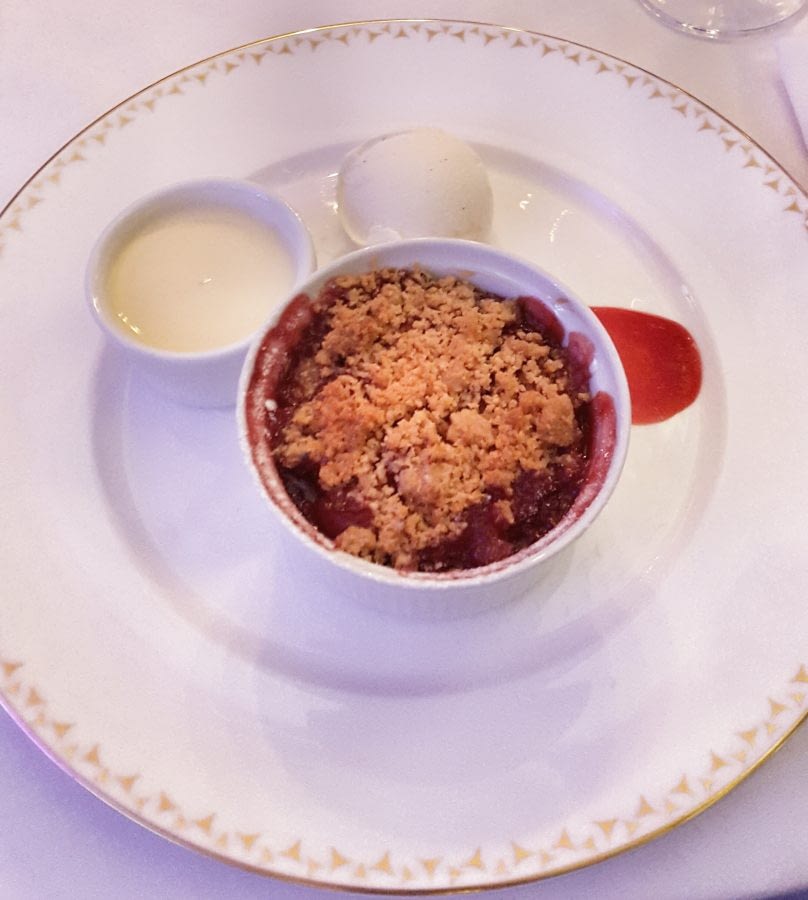 Plum Streusel was pleasant, had a crunchy taste with plums inside and Vanilla Ice cream you just can not go wrong with that. Who doesn’t like ice creams?

Dessert this year was scrumptious, the caramel had it’s soft and sweet taste along bite-size vanilla ice cream to wrap up a really good 3-course meal for dinner.Cannot complain about food throughout the dinner was simply good. 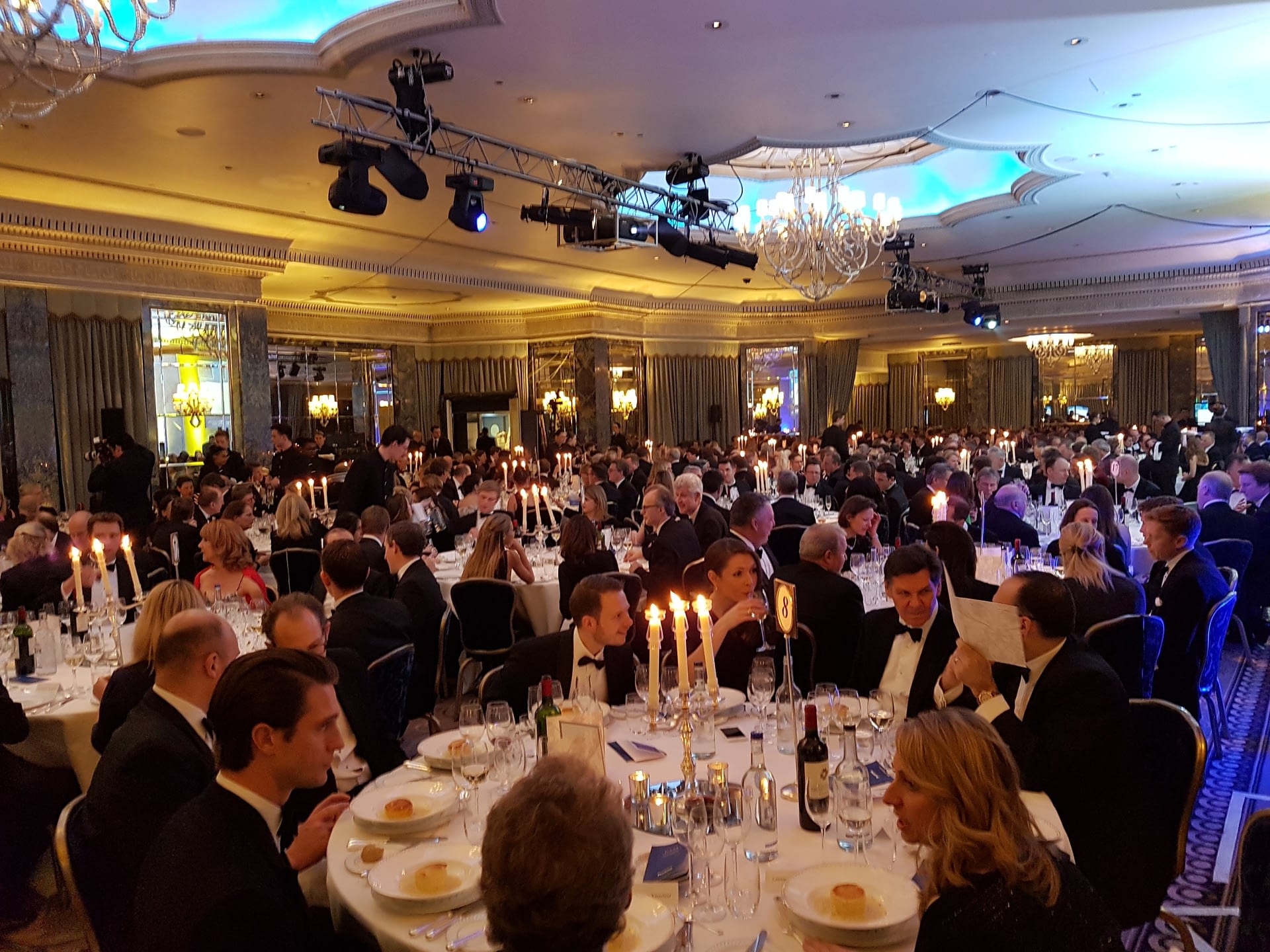 After the dinner was served it was on to the awards ceremony, which was hosted by a comedian called ‘Jo Caulfield’ after her entertainment for the crowd, the awards ceremony started and was quickly wrapped up within 30/40 minutes.

During the night entertainment was provided for people to enjoy their night such as Jazz Band which sang some old school classic and modern music including Justin Bieber etc. Also, there was a photo booth stand with plenty of props to play around with, which I managed to make good use of towards the end. I’ve managed to record some parts of the band, inside the Dorchester and hotel. I have just uploaded some footage from the Dorchester, feel free to share your ideas and leave your thoughts. Also, make sure to subscribe and let me know your thoughts.

I’ve managed to record some parts of the band, inside the Dorchester and hotel. I have just uploaded some footage from the Dorchester, feel free to share your ideas and leave your thoughts. Also, make sure to subscribe and let me know your thoughts.

The drawing of me from the image below was drawn on the spot. I was pretty impressed and loved how detailed and quick he created this. This only took the artist roughly 5 to 10 minutes to go around drawing self-portraits of people. 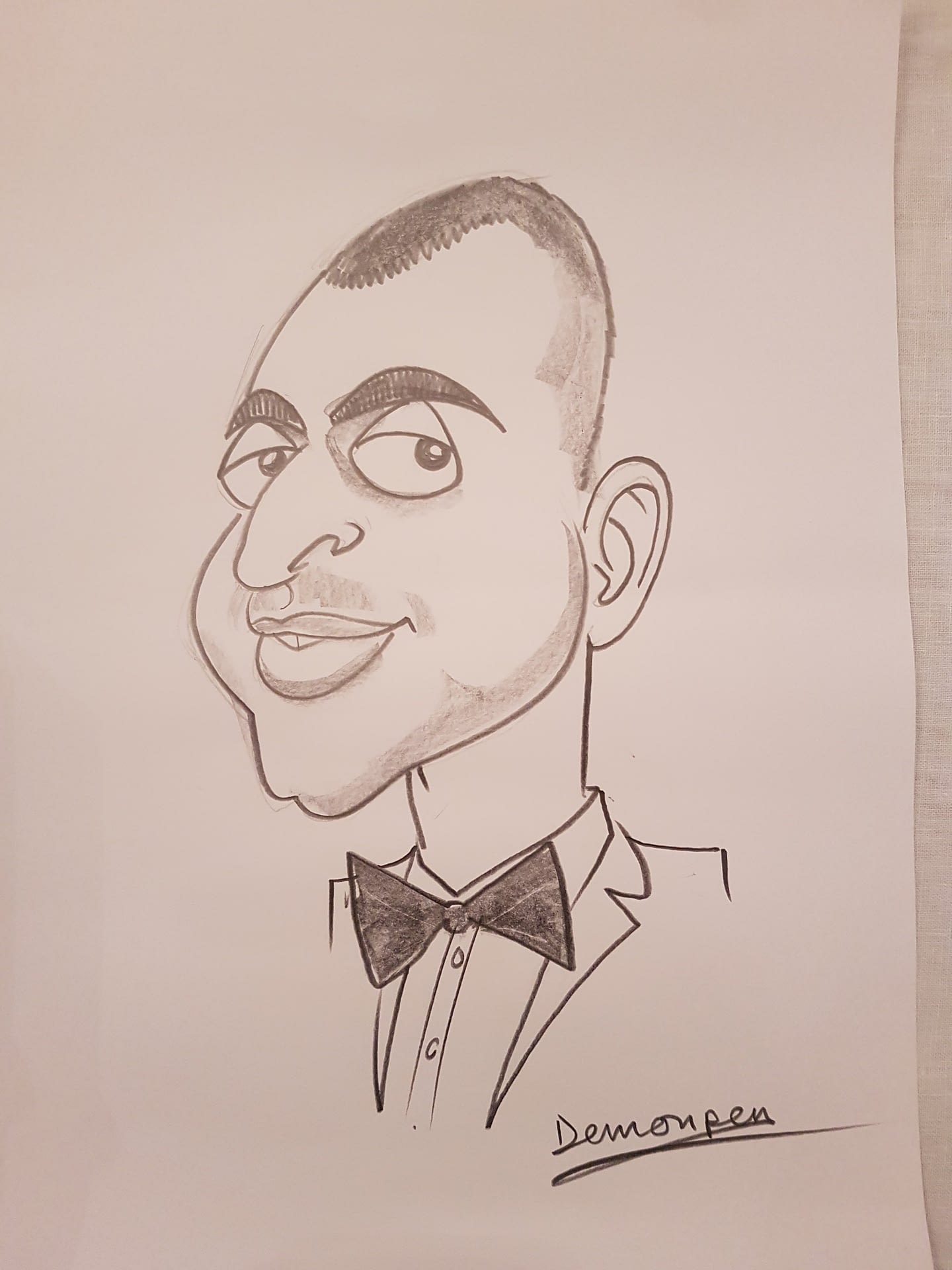 Finally, as anti-social the older generation would be when it comes to using social media. I managed to get people around involved to take selfies and use the hashtag on twitter so there can see themselves on large screens. I loved the fact my selfie came up twice on the big screen! Fame moment there around The Dorchester. 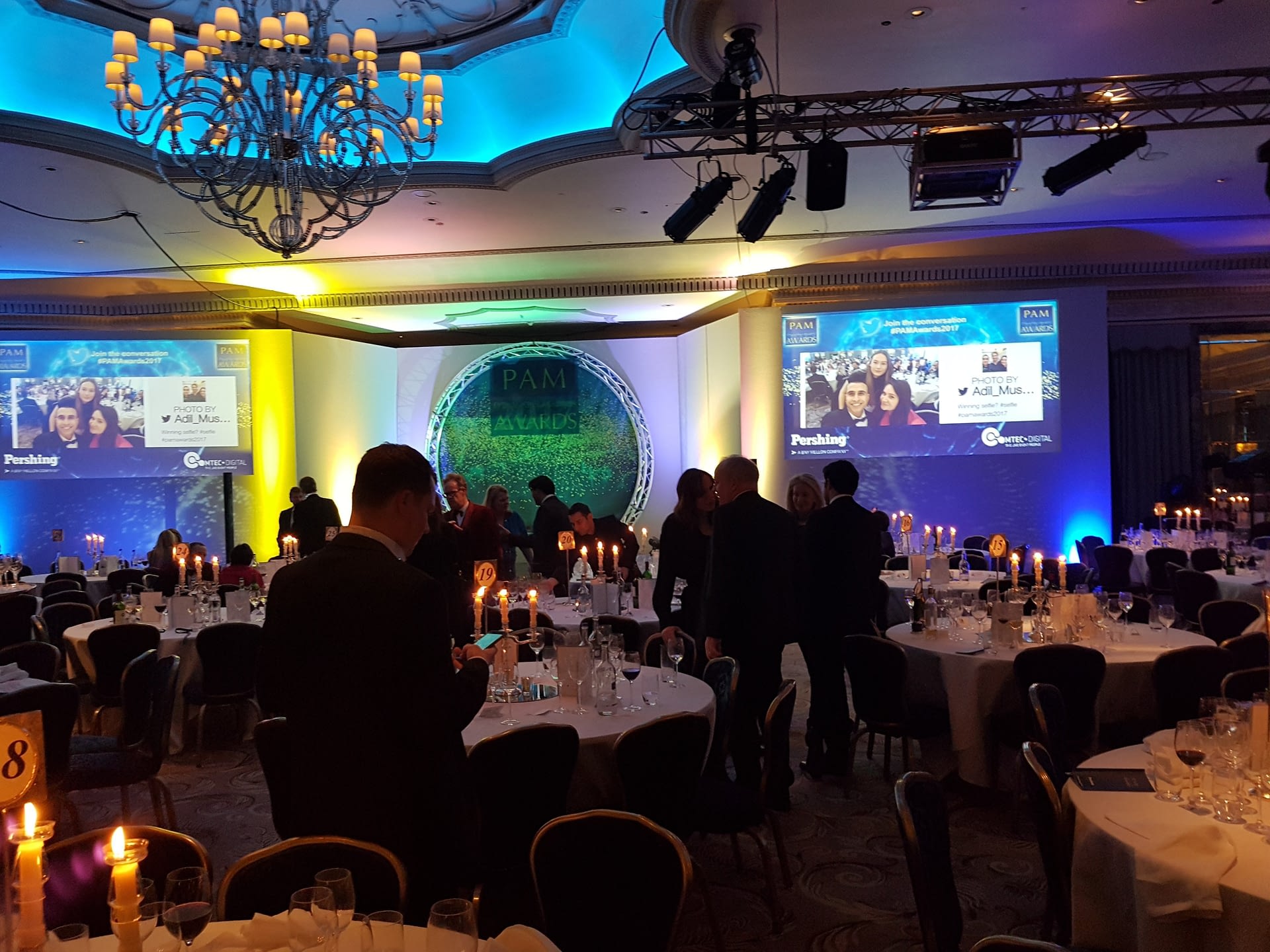 My overall thoughts on ‘Dorchester Hotel’ and awards night was a really good experience. As there was so much going on after the main awards ceremony. Like on stage the like’s of Television’s comedian host ‘Jo Caulfield’ entertain people all night. People were having a laugh taking images at the photo booth and enjoying live music. An artist going around, who drew people’s expressions on the spot.

That was all from The Dorchester, a positive outcome and day. This was followed by wash-up breakfast at Brown’s in Mayfair the following morning. I had the Eggs Royale, which included toasted English Muffin, Severn & Wye Smoked Salmon, poached free-range eggs and Hollandaise. 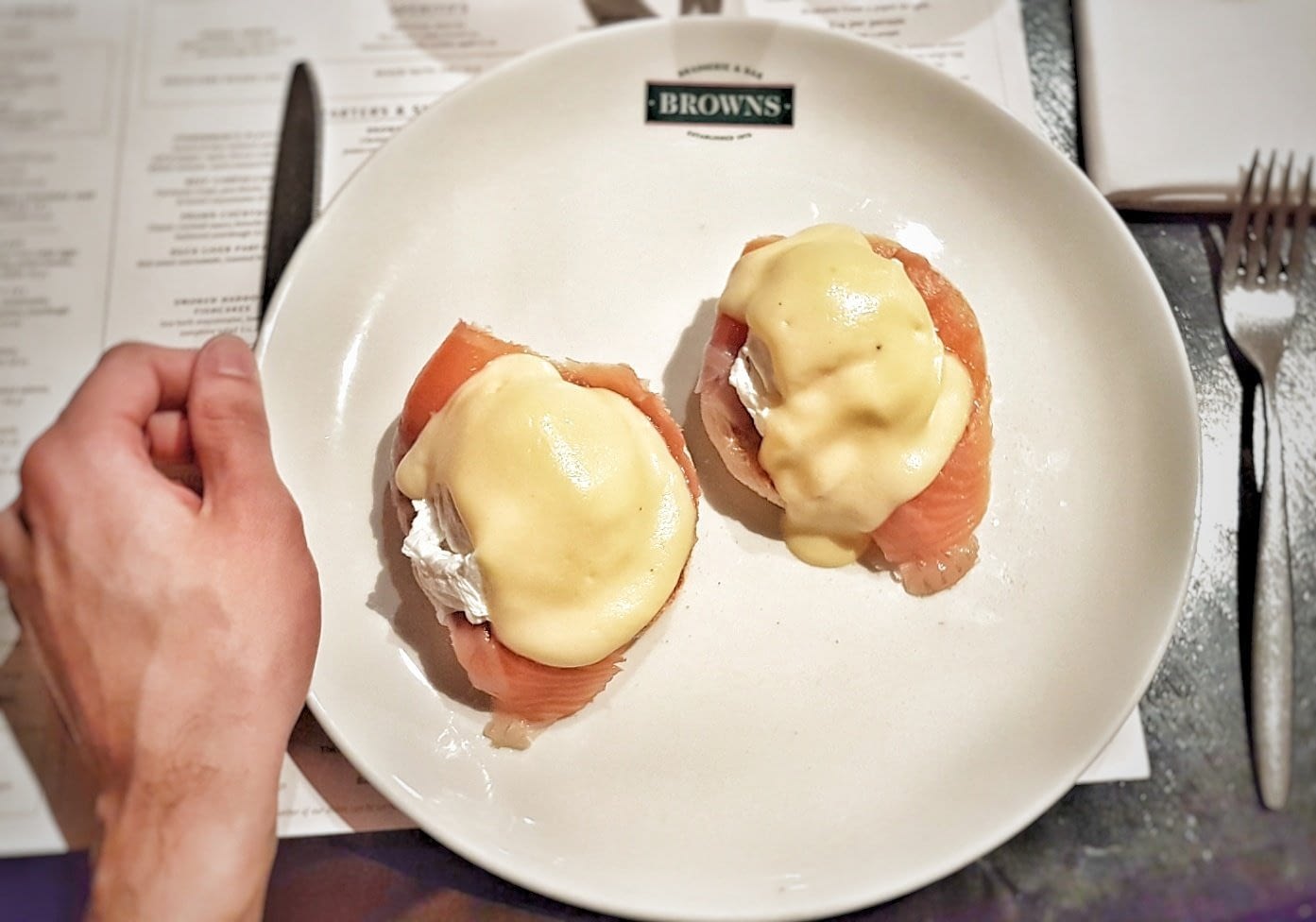 Thank you all for reading and checking out my blog posts. I really appreciate it. Feel free to leave your suggestions for any improvements or comments below if you wish.