WHERE OVER 10,00 THOUSAND PEOPLE TURNED UP TO THE HALAL FOOD FESTIVAL OVER THE WEEKEND. Tobacco Docks being the venue to try food from various countries. This included 8 different cultural food selections over the 2 days it was held. It just could not have been any better. 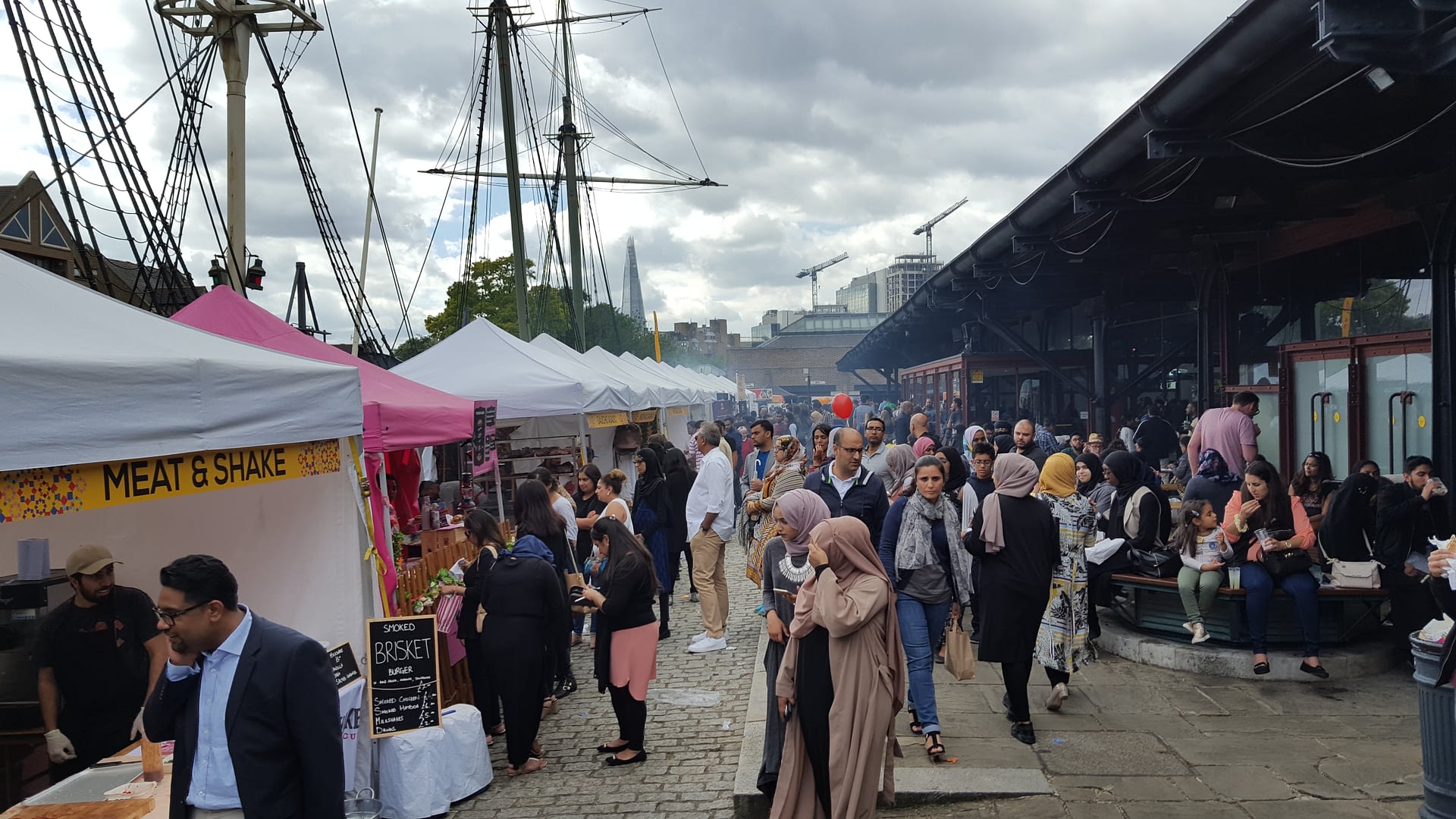 The buzz was surreal as tickets got snapped up very quickly on day 1 of Halal Food Festival. There were approx 5,000 who turned up on Saturday. A huge congrats to the owners and behind-the-scenes team from Muslim Lifestyle Show. To put through all their efforts and dedication to run a successful event at Halal Food Festival.

I managed to reach the festival at 12:30 pm. As I walked in I could pretty much see a whole row of people queuing up to try many appetising foods outside each stall. When it reached 3 pm since it was half price to go inside. The queue for the festival started to get even bigger as there were so many people outside lining up, even though it was already busy inside. 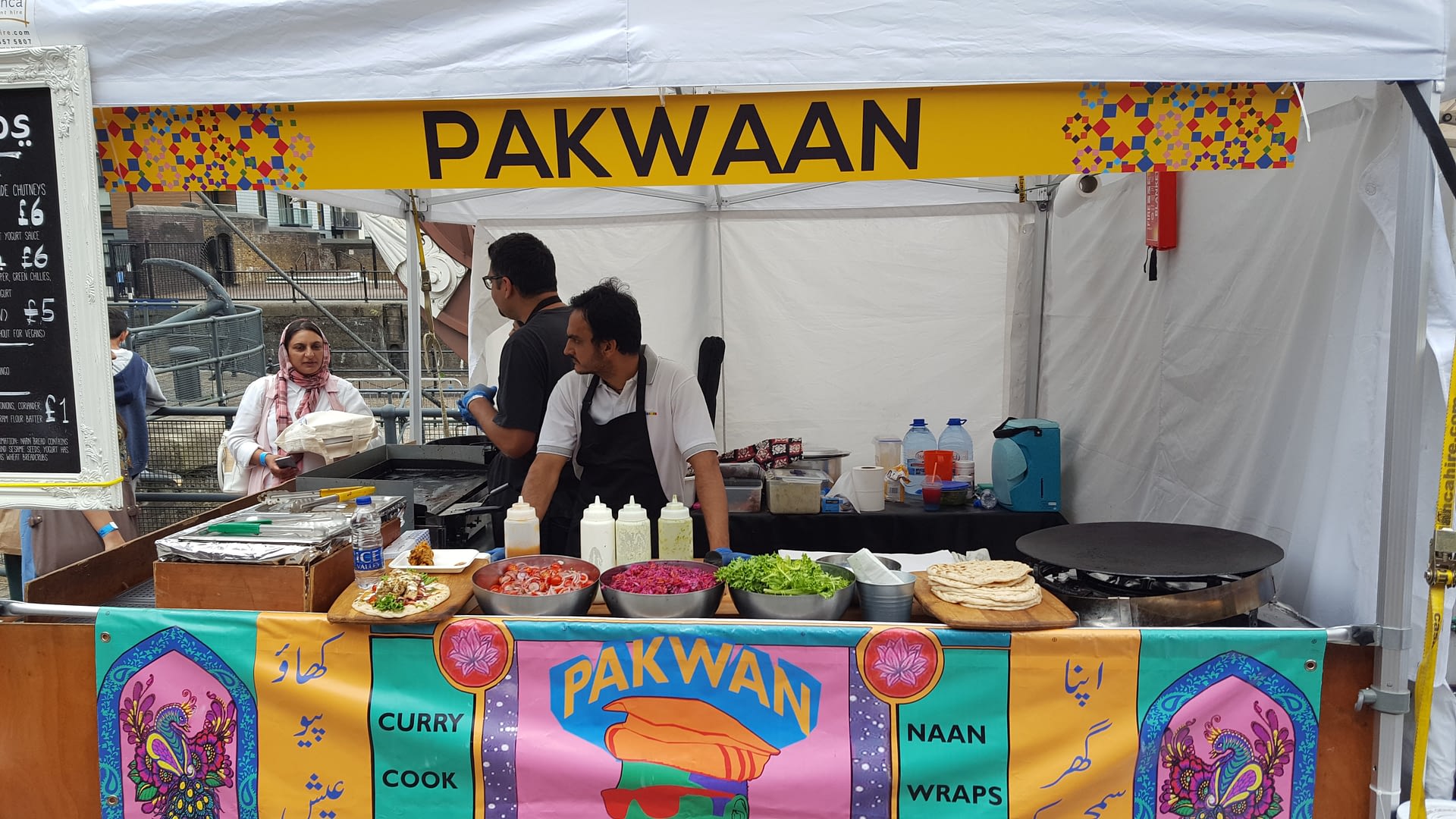 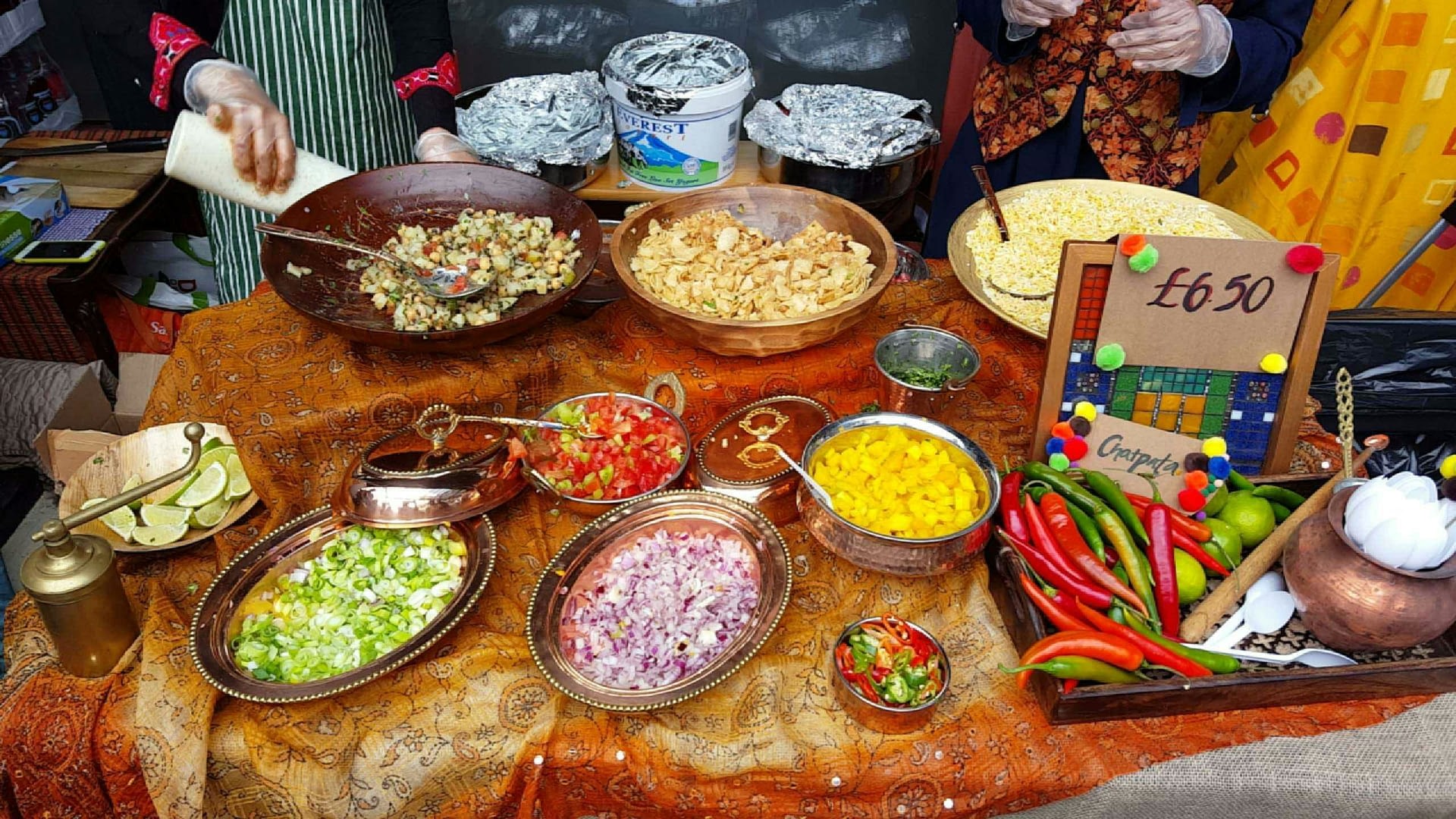 My first taste as I met with family friends was from The Apple Blue Patisserie stall. These beautifully designed tasted and looked amazing. I’m sure everyone admired and loved the creativity of those pastries that were on display.

From there on, we saw plenty of Halal sweets stalls. Dum Dum Doughnuts which looked yummy. However, it seemed like they were running out of stock fairly quickly as they had to keep refilling. The Mocktail Company stall was not bad at all. As shown below, the feedback they received has been overwhelming. I tried their drink for the first time called ‘The Nojito’ a non-alcoholic drink. It truly had a different taste to it, not your ordinary drink but what was included inside was lime juice, mint and orange. 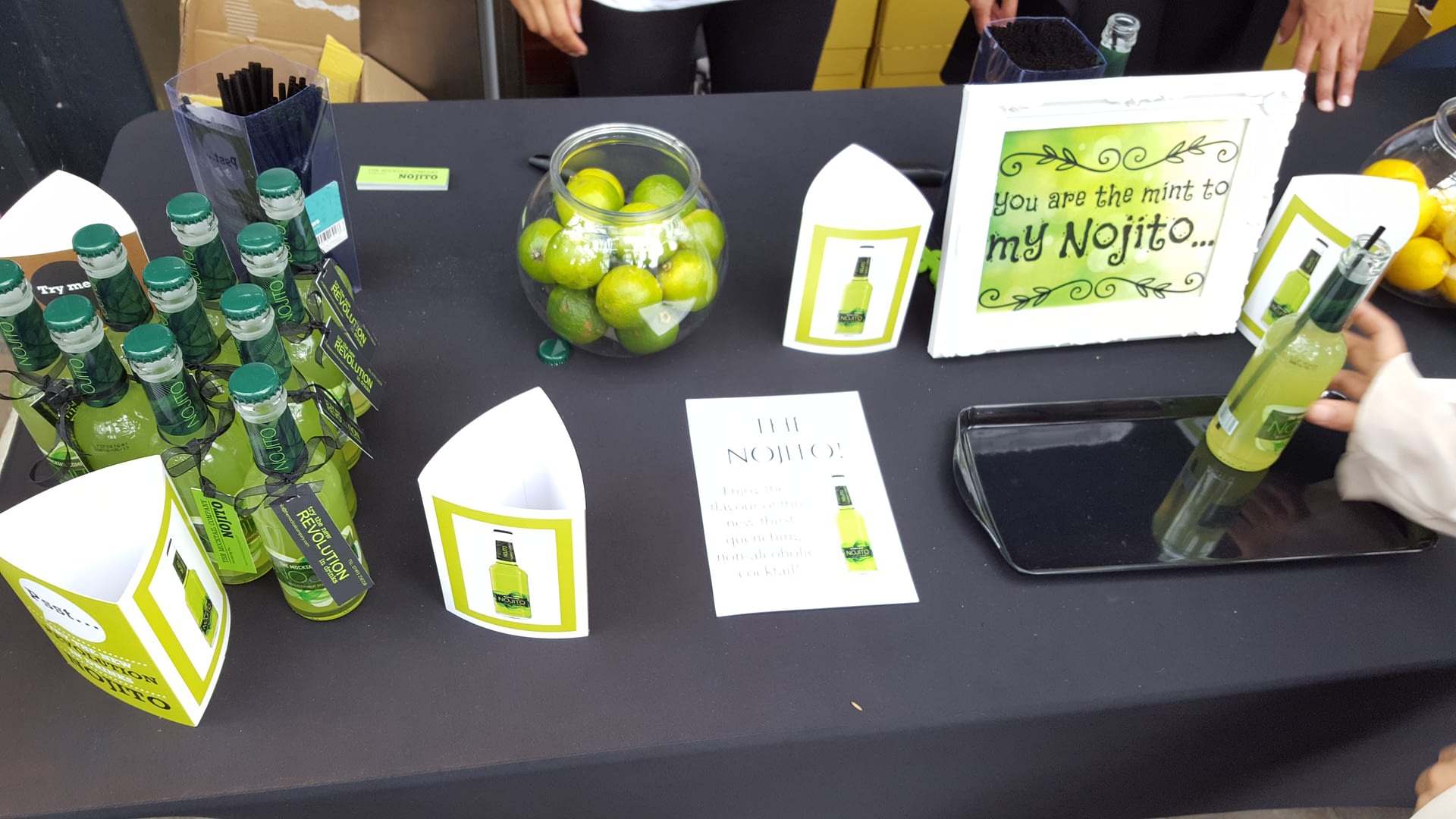 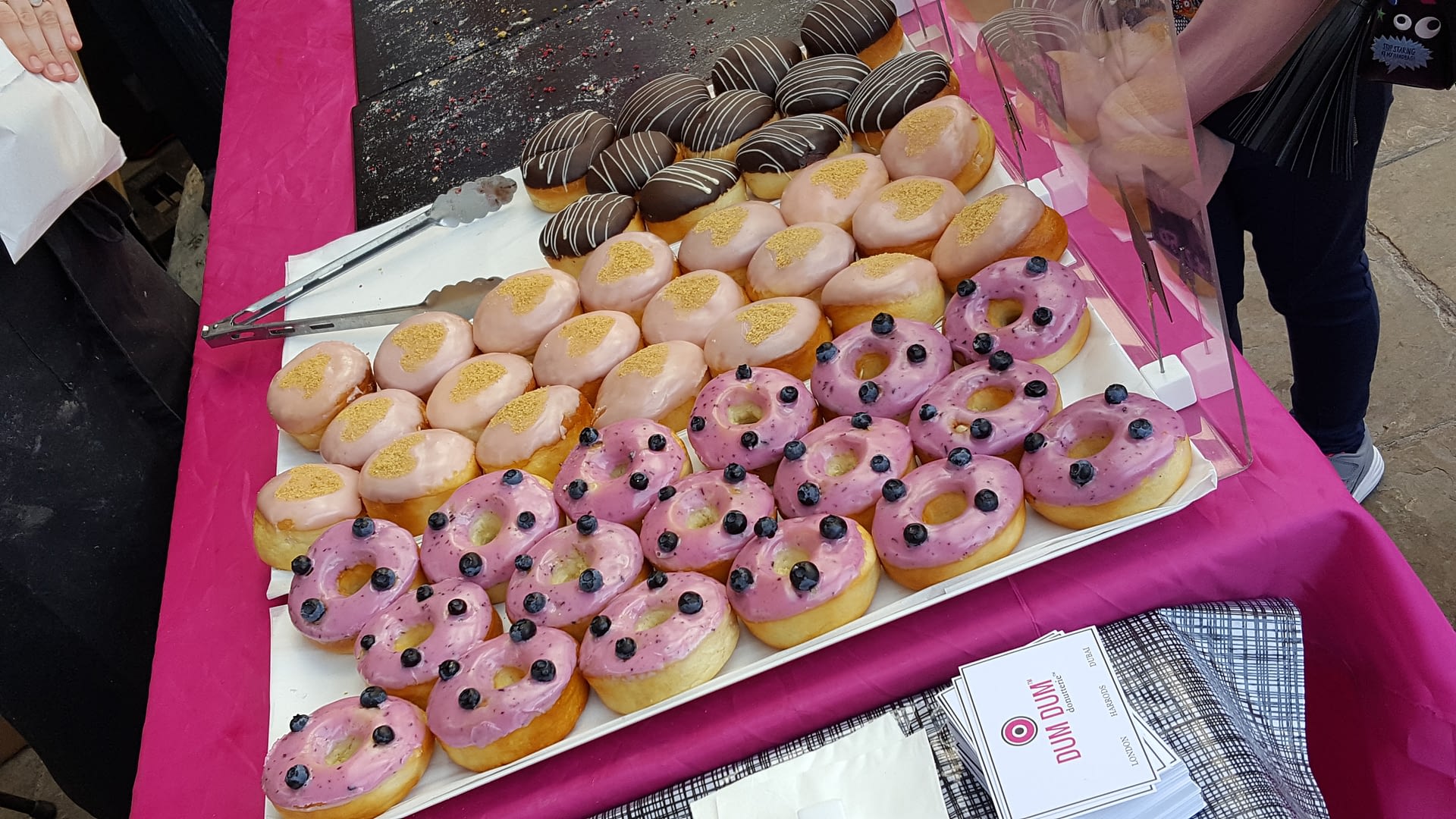 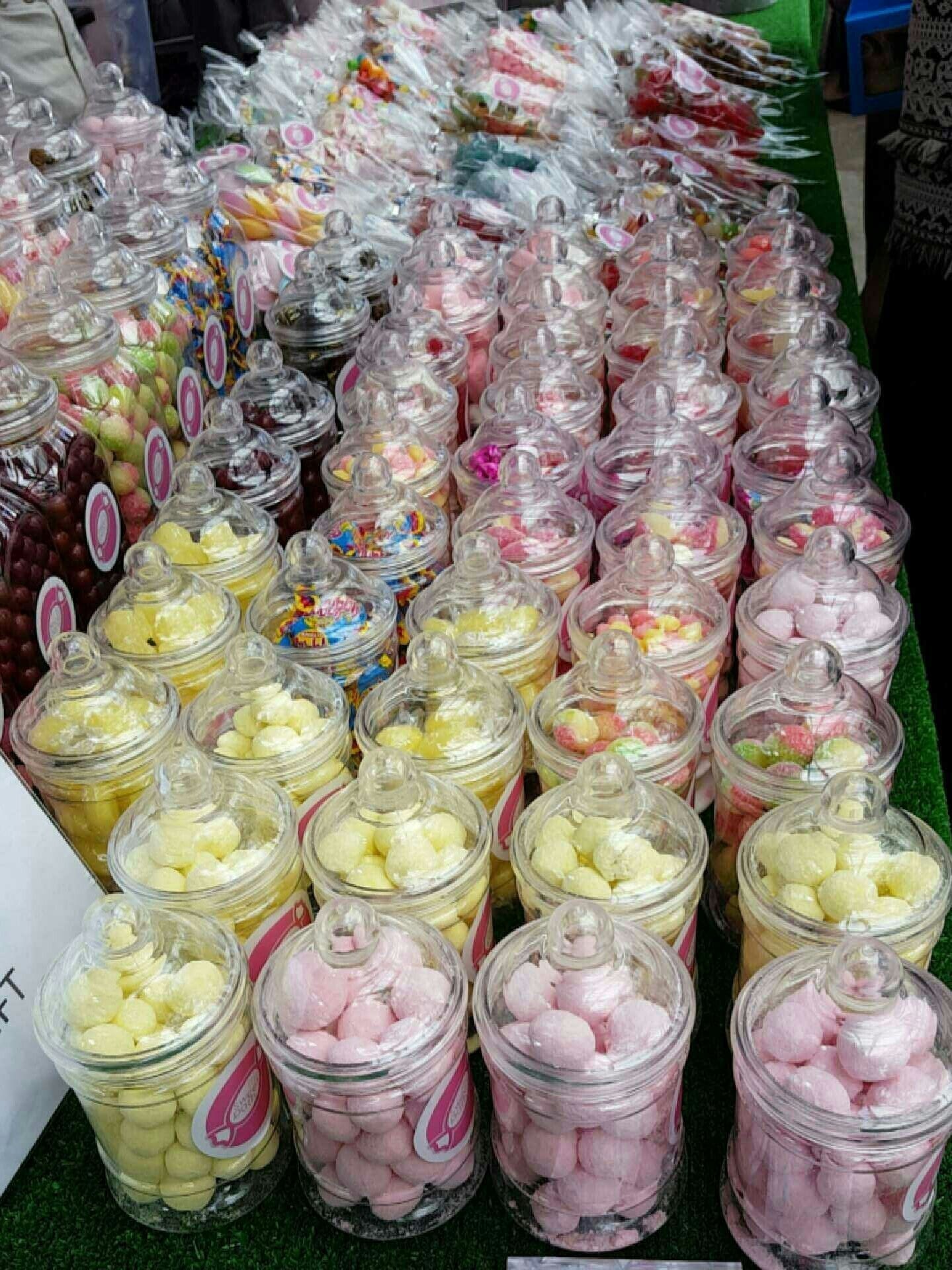 Near the main entrance, I saw plenty of meat stalls that were on display. Despite not trying any of those meats as I already was full of having plenty of snacks here and there. However, I did try the cheeseburger topped with ‘Smokey Jack Cheese’ & Pickle as shown below from HS&Co. This was enjoyable to have but I heard The Meat and Shake were the ones to check out. 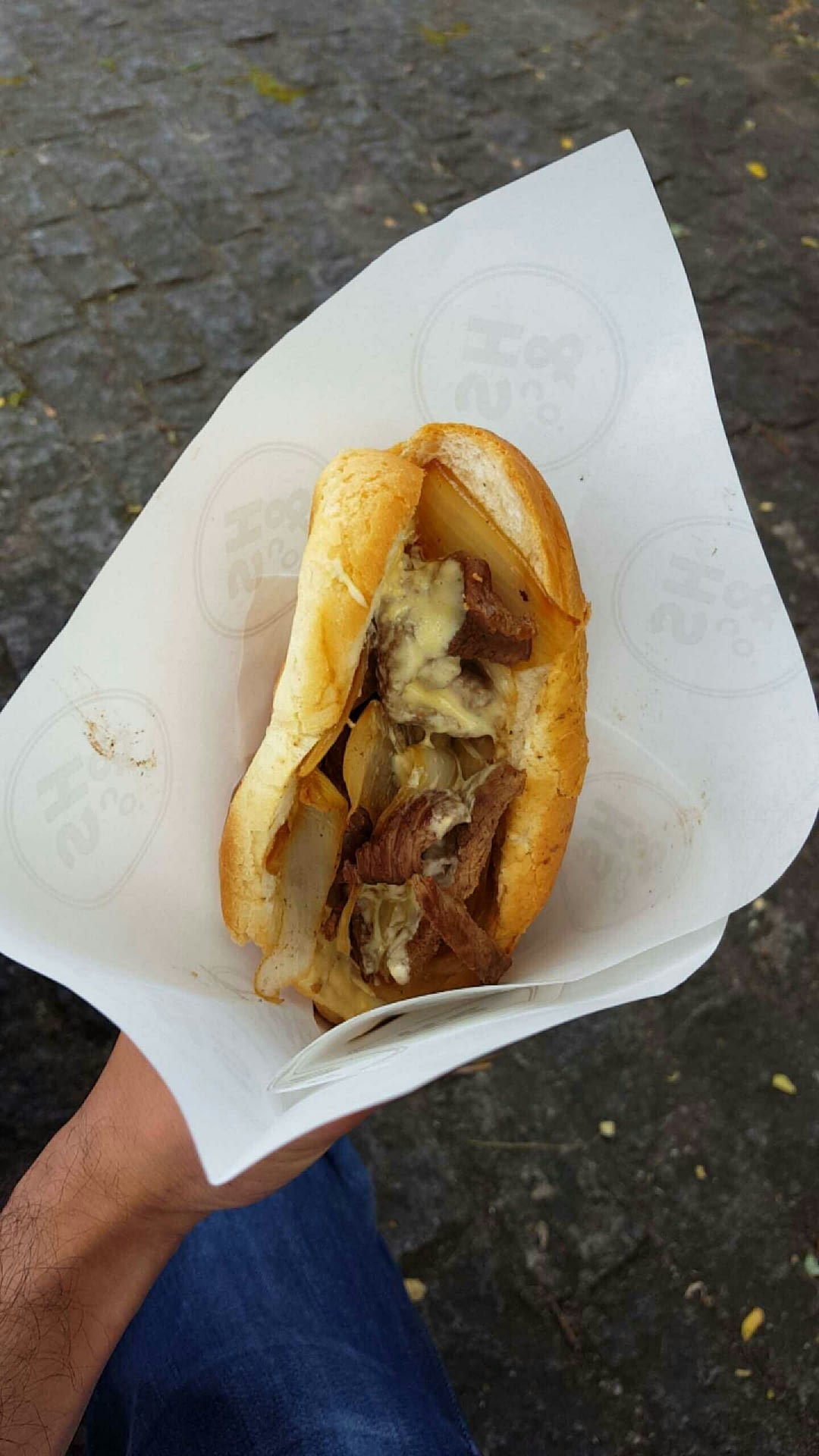 One stand that stood out to me were these beautiful looking ‘The Datery‘ stalls. Their stall display looked incredible at Halal Food Festival. As soon as I walked by I thought to myself I have to snap their stall and showcase it on my page. As you can see from the images below I managed to capture. The Datery team range from dates, chocolates, sweets all wrapped in a gift box. Perfect for birthday, EID or wedding gifts. 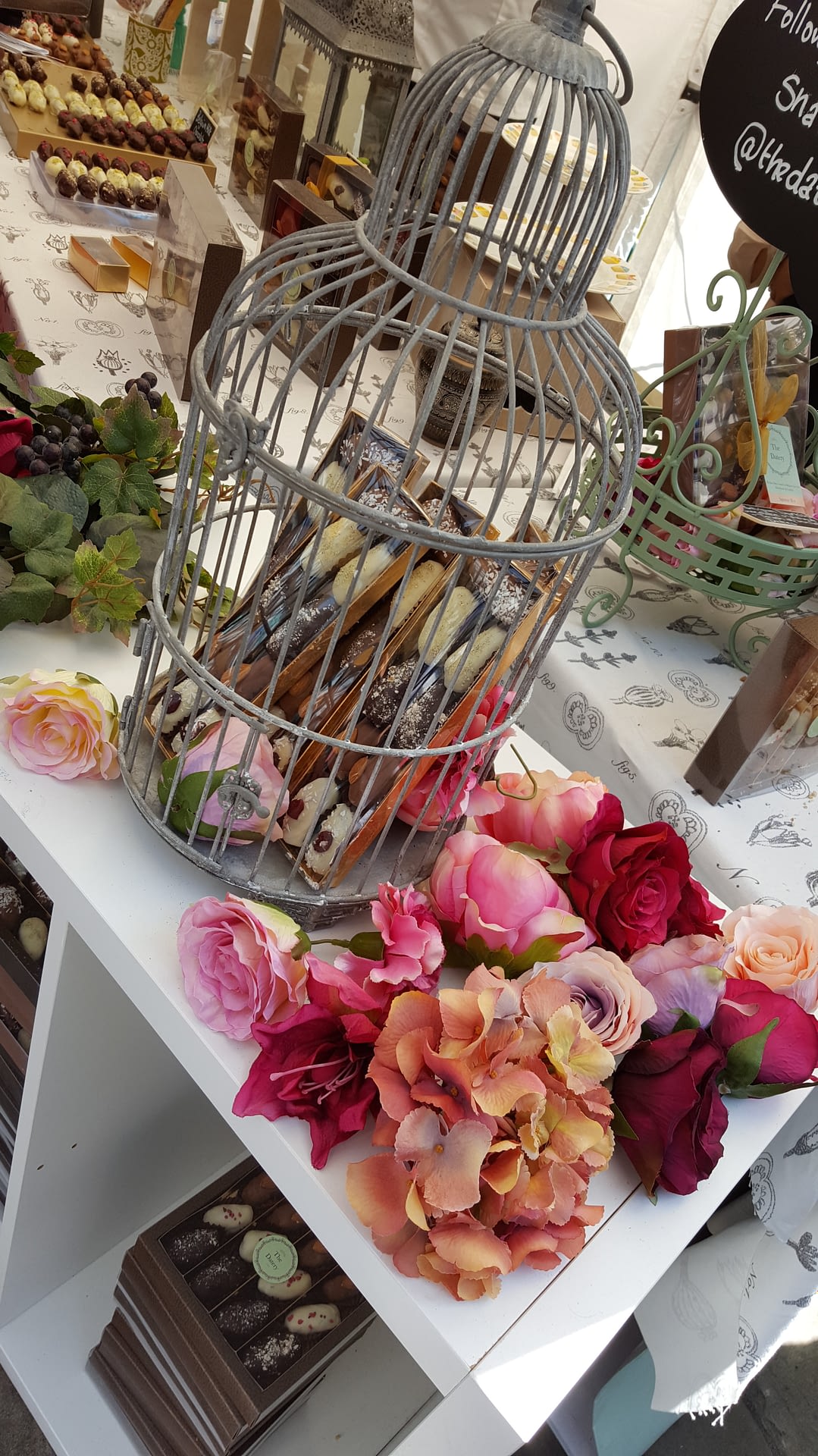 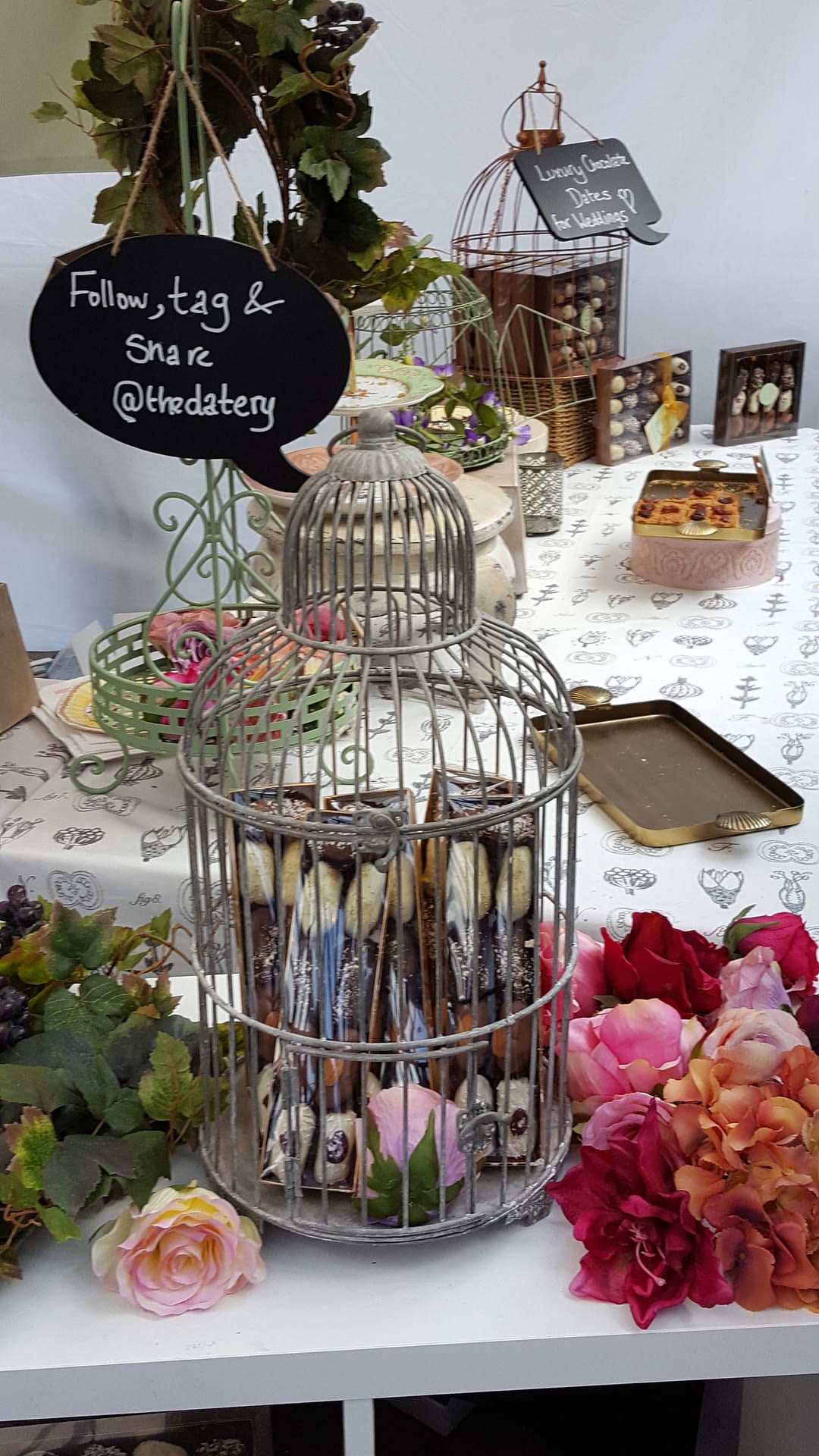 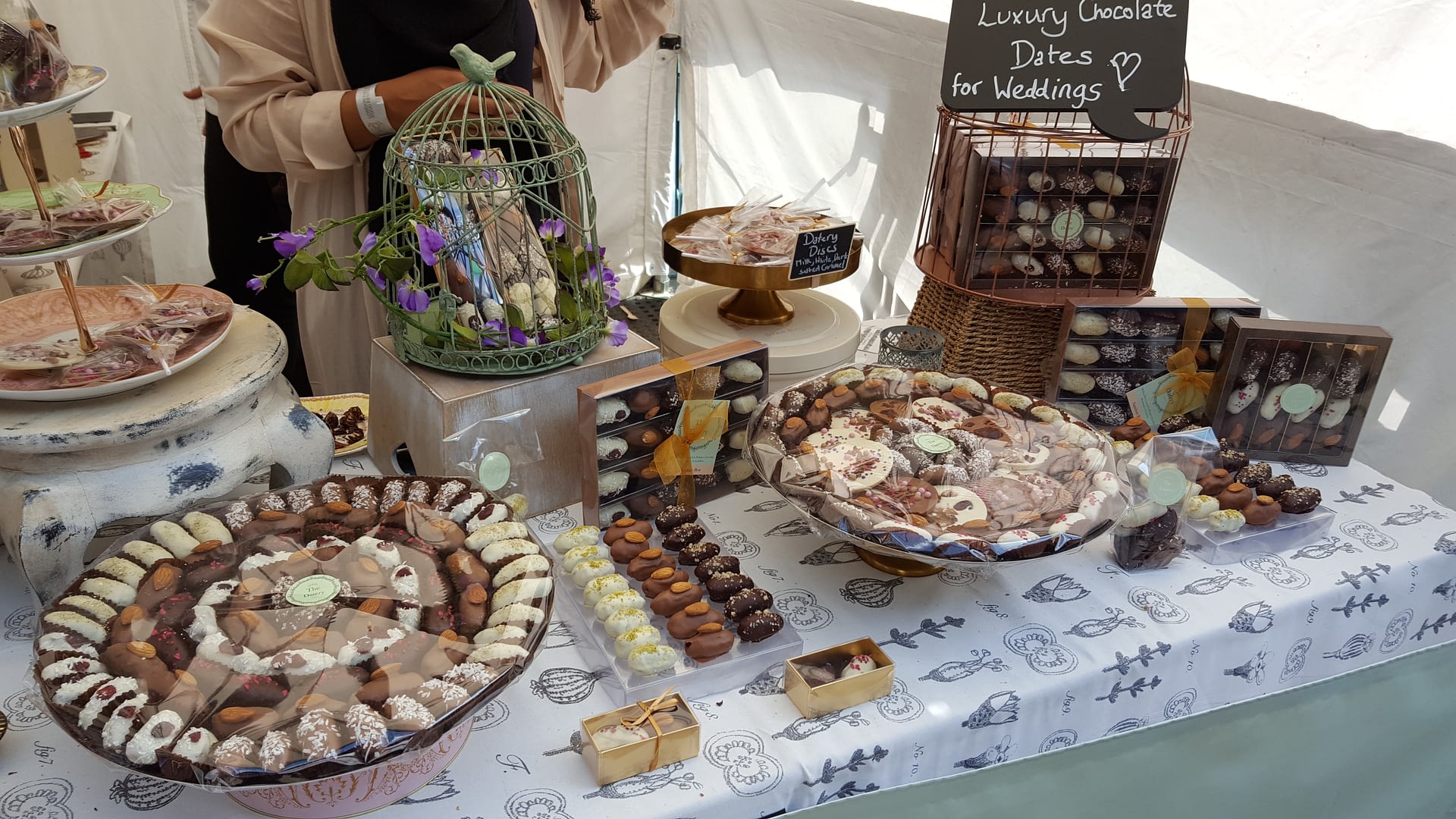 Overall as many foods, sweets, charity, clothing, accessories and other stalls that were on display to try. There was still time for some entertainment, with a live cooking demo and eating competition being held recorded on camera. 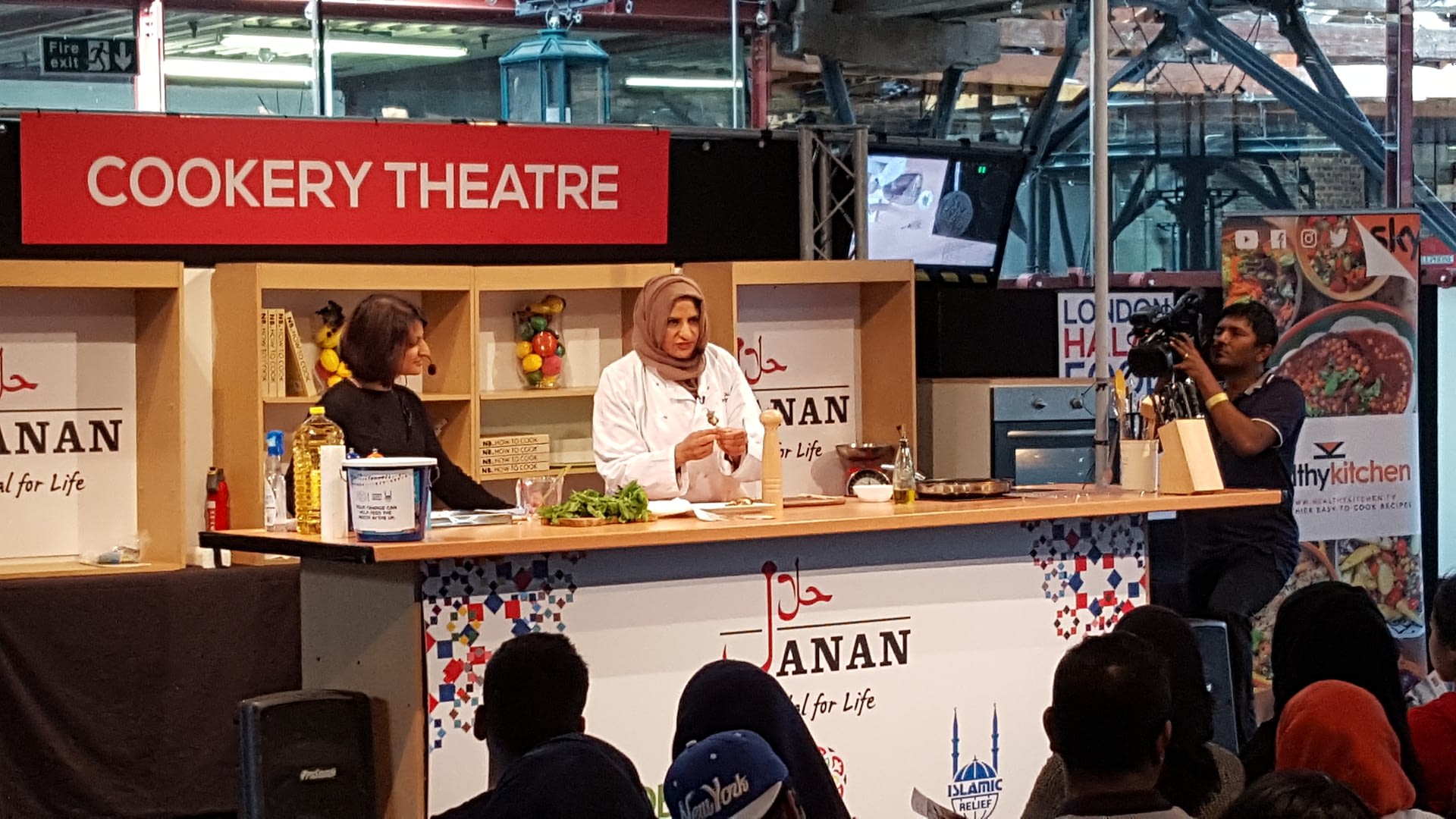 There were spaces on the ground floor for people to sit with their friends and family. This was in the lounge area, with shisha available as an option. You could also hear live music from the classic well-known Qawwali group ‘Hussain Brothers’.

They performed live with their classic hit single. I did manage to record and upload their live performance on YouTube if you wish to check it out below. 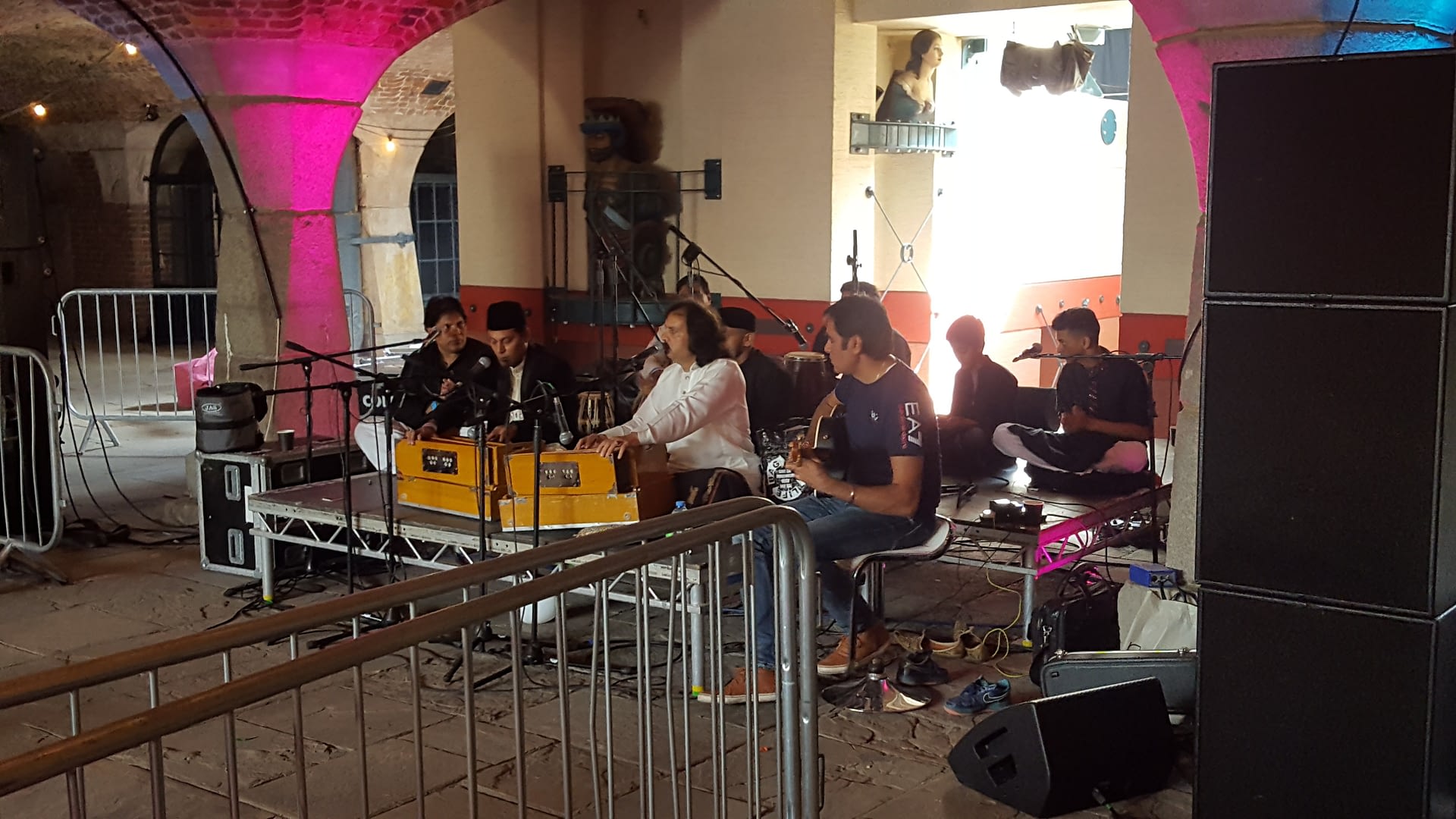 Finally after roaming around each stall and floor twice. I did manage to meet and take a selfie with the well-known Head Chef at Artisan ‘Ali Imdad‘ man behind these stunning desserts.

Known from BBC Great British Bake Off contestant and on ‘British Muslim TV’. After hearing his desserts being sold out within 4 hours on its first day of the festival. I thought it was best to try them as soon as I got there before they were all gone. I could see why these were so popular and sold out so quickly as there were so good and soft easily addicted. 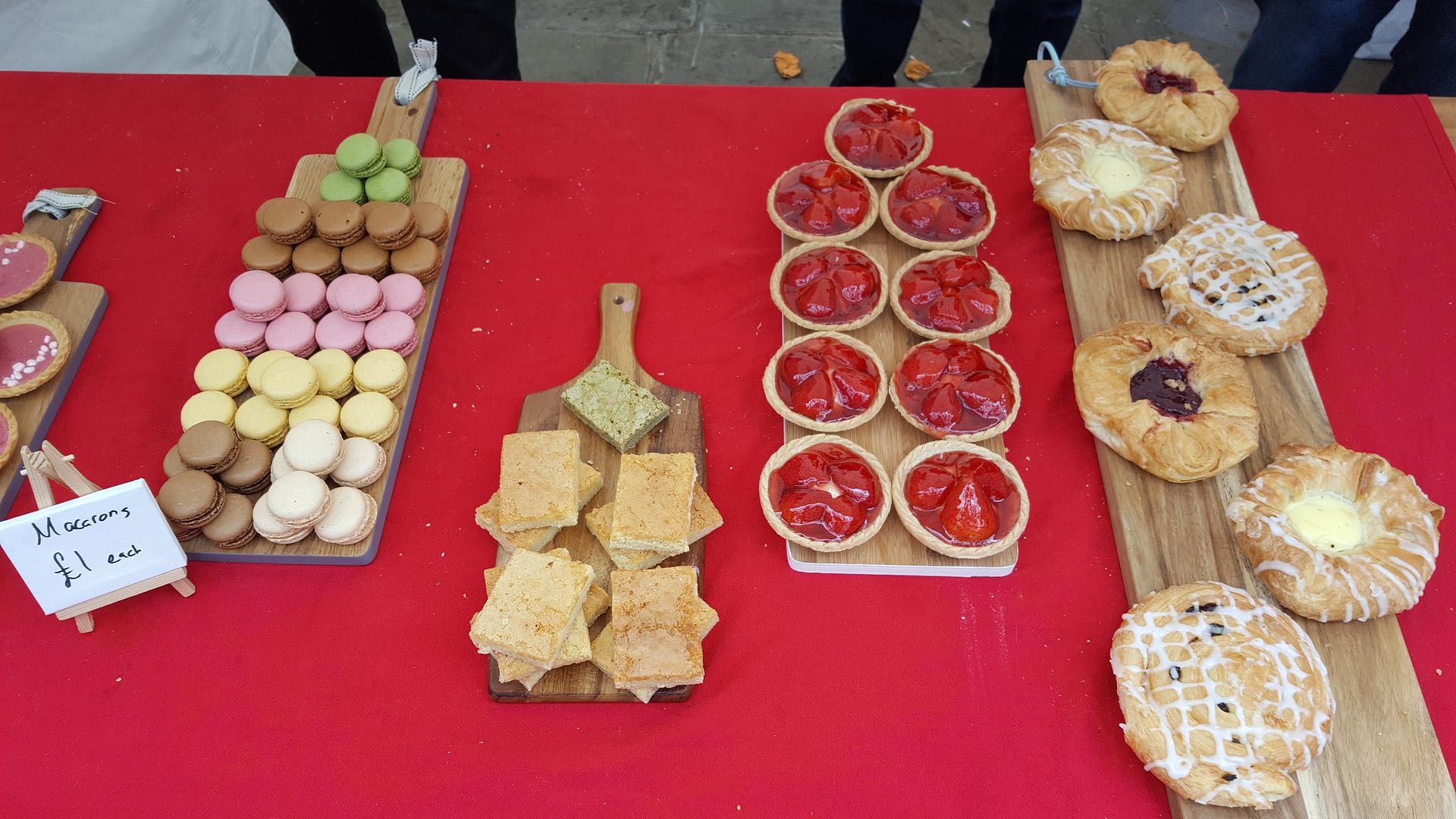 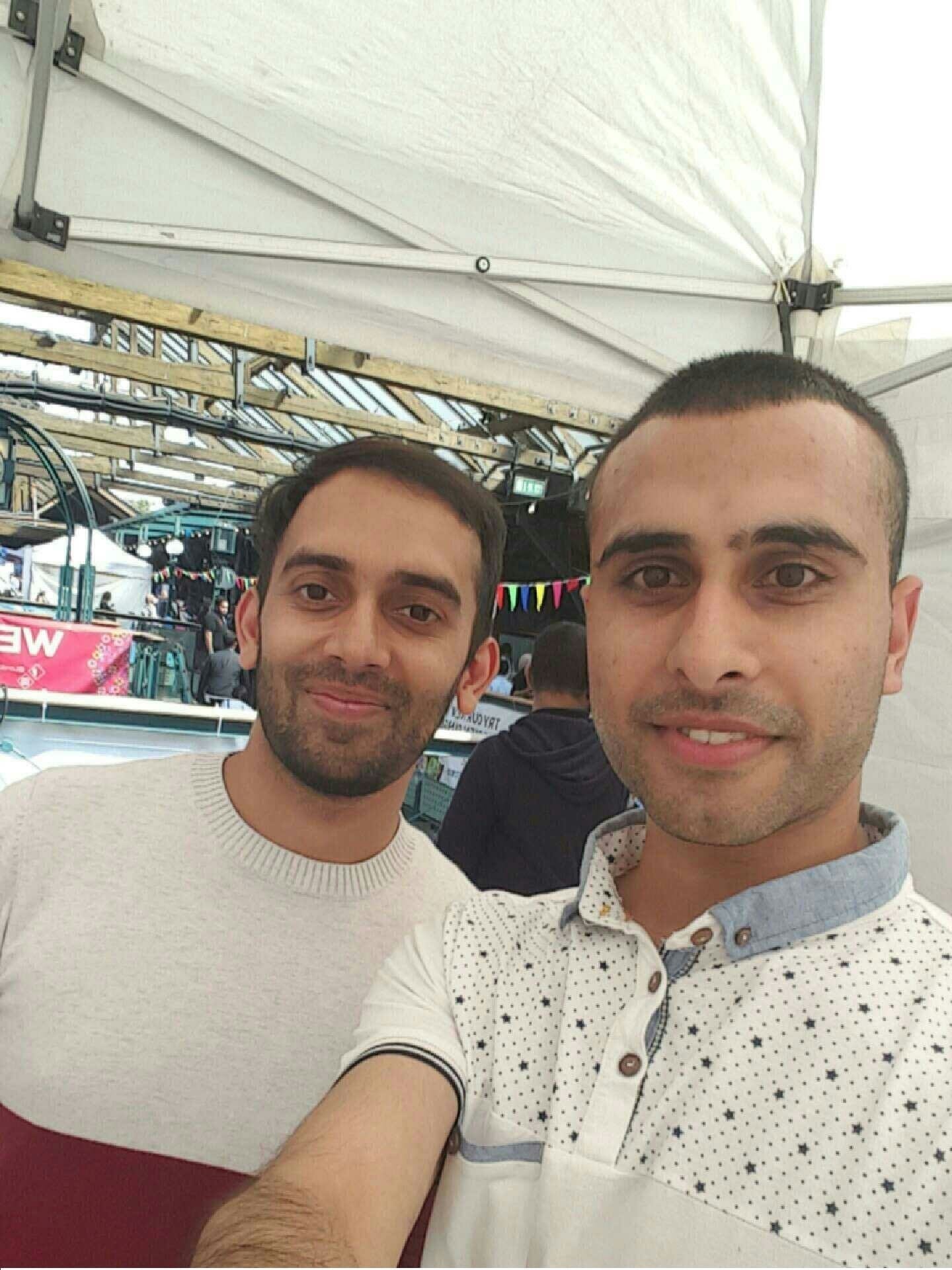 I sure had a great afternoon tasting delicious foods, taking images and seeing plenty on show at the Halal Food Festival. I must say coming here first time at the festival was worth missing out on a day of cricket.

How did you all find the event? If you did not manage to catch either day, you can always go down to 2017 to taste all sorts of Halal food.