London Zoo is filled with Dinosaurs Live is now available to see at the Zoorassic Park. From July 23rd until 4th September. You can now visit the Zoo and explore all kinds of dinosaurs with their special sound effects on their species.

Experience at the London Zoo

On Saturday, I took my niece and nephew on a surprise press day trip to the London Zoo to explore and see many different animals, dinosaurs and CBeebies very own Andy Day Live.

From the arrival of the morning, it seemed like we were going to have a great day out in the sun. However, as London weather is usually unpredictable as always it started to pour down heavily all afternoon, which cut short our stay, as it was difficult to stand around with rain dropping on us.

Although it may have rained the whole afternoon. I still managed to make the most of the sun and light until it lasted by capturing plenty of animals on camera. As well as recording some of the main shows of Andy Day and Live, meeting the man himself as all five shows were sold out.

First, as we arrived at the London Zoo we have to saw these chimps swinging around from one branch to another and eating away their food.

Thereon we got to see various other animals such as these cute little ‘Meerkats’ running around sniffing around searching for food. 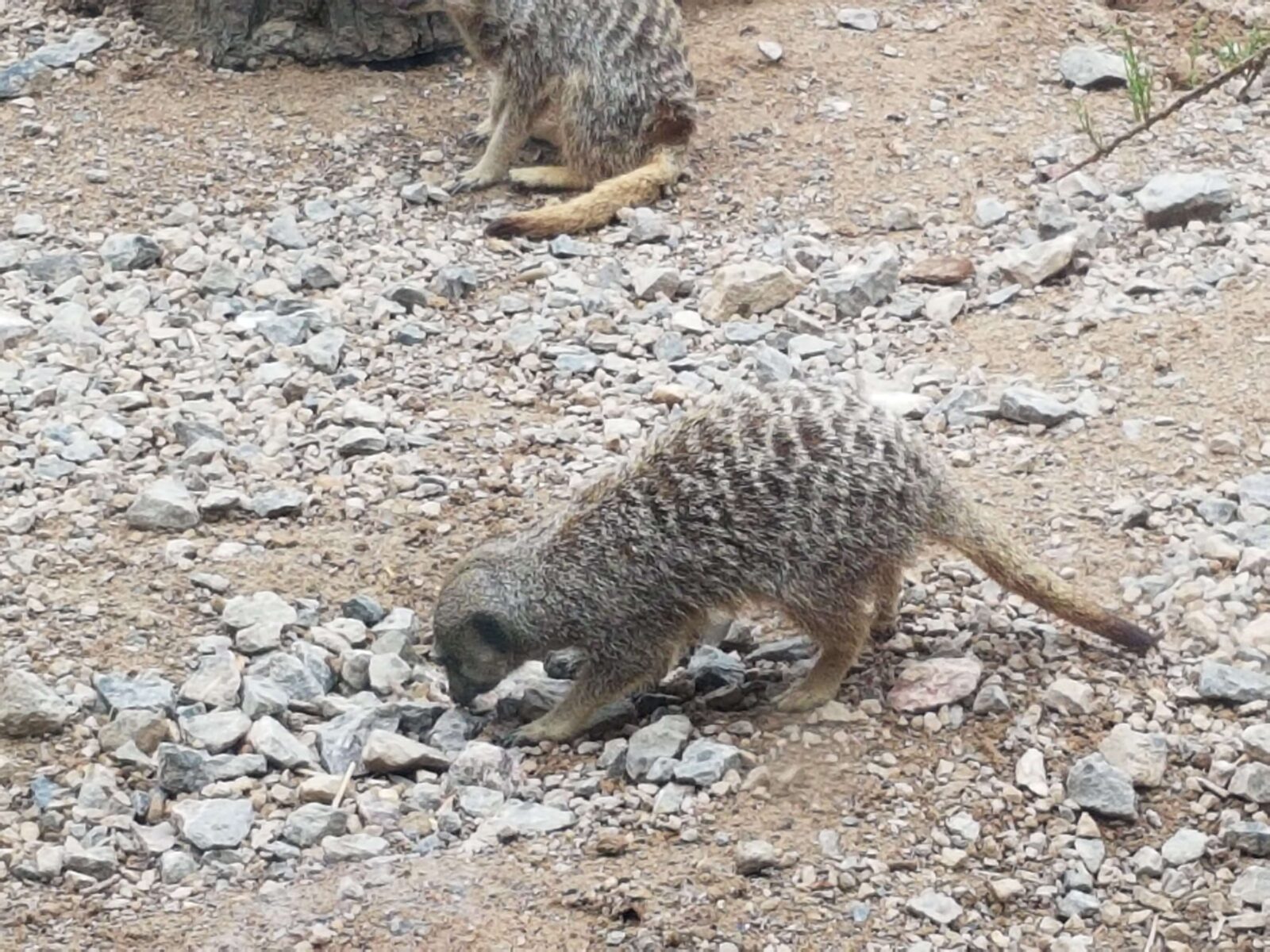 I also managed to capture a few ‘Camels’ strolling around their area whilst eating dry plants. This turkey below was based at the little farm they had, near the goats are, although it was not doing much as it was standing in one place. The storks were in a group observing their surroundings, which reminded the kids of the animated movie ‘Storks’.

Before heading down to see all the opening of the dinosaurs and Andy Live. We managed to see these charming little penguins, which reminded me of them from the ‘Penguins of Madagascar’ show.

As part of the press team for the blogger’s programme at The London Zoo for ‘Zoorassic Park’. There were plenty of dinosaurs to see, so I’ll be off with everyone’s favourite and most memorable dinosaur ‘T-Rex’. Each dinosaur has a specific sound and when you see them you get to hear and witness their movements. 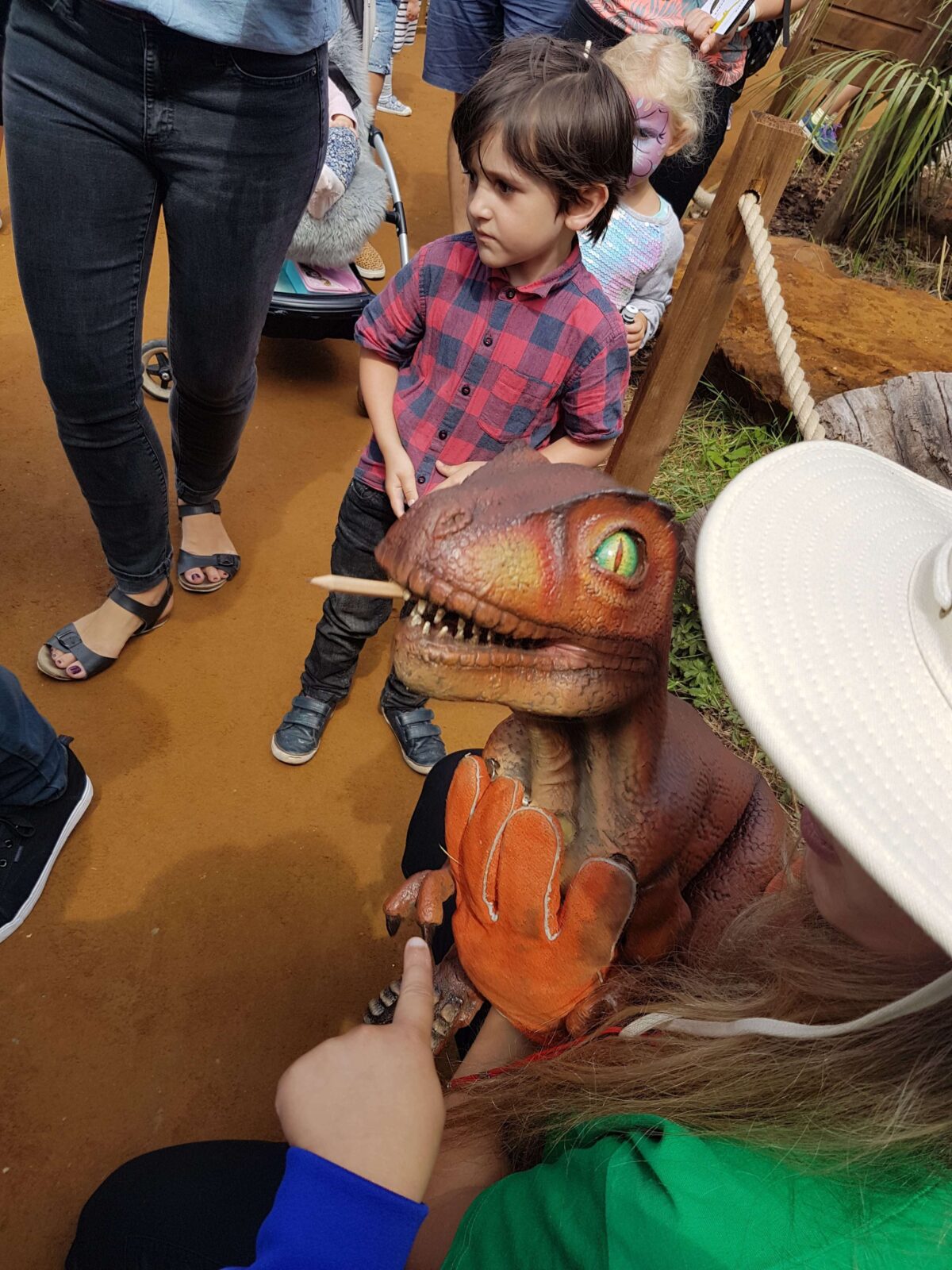 This little Dino was a popular little one as he entertained the kids around, biting their pencils away from them and the kids’ task was to get it back. There also had a little area to discover dinosaur bones, so if you wish to become like Indiana Jones for a day, head over, so witness different types of dinosaur bones.

Finally, after touring around for the opening of Dinosaurs Live. We caught CBeebies very own Andy Day Live, where he entertained the crowd by singing his ever so popular rap ‘Hello’ and recreated a live show for the audience to explore different dinosaur types.

I even managed to get my niece and nephew to take a picture with Andy himself, which was truly a delight for the little ones.

Hope you enjoyed this blog post and pictures. Be sure to explore the London Zoo this summer to witness the roaring dinosaurs and other animals, which you will be bound to love and explore.

Full pricing can be found here

Disclaimer: I was accepted as part of the press team for the Bloggers Programme to visit London Zoo for its opening of Zoorassic Park.