Maher Zain, the most well-known Nasheed artists of this upcoming generation, toured the UK across 10 cities during the month of October with the Penny Appeal.

Last night, on his last show of a 10 city tour, I got to witness and meet Maher Zain. His performance was truly astonishing and definitely an experience never to forget in a lifetime. Performing his latest singles from his album ‘One’ and his earlier hits were a truly memorable and enjoyable experience.

Maher’s songs are literally played everywhere across the world. Not only does the Muslim community love him, but various cultures enjoy his music regardless of their sung in Arabic. Each song has a meaning to them which was beautiful to witness non-Muslims enjoying his concerts. Bringing all kinds of generations young and old together to enjoy a phenomenal artist’s life.

Held at Westminster Central Hall in London, a well-renowned comedian from the U.S. Omar Regan started off the show as a comedy host for the night. Teasing and entertaining the crowd with his funny jokes, from there on introduced the first act ‘Raef’ from all the way from the US too. 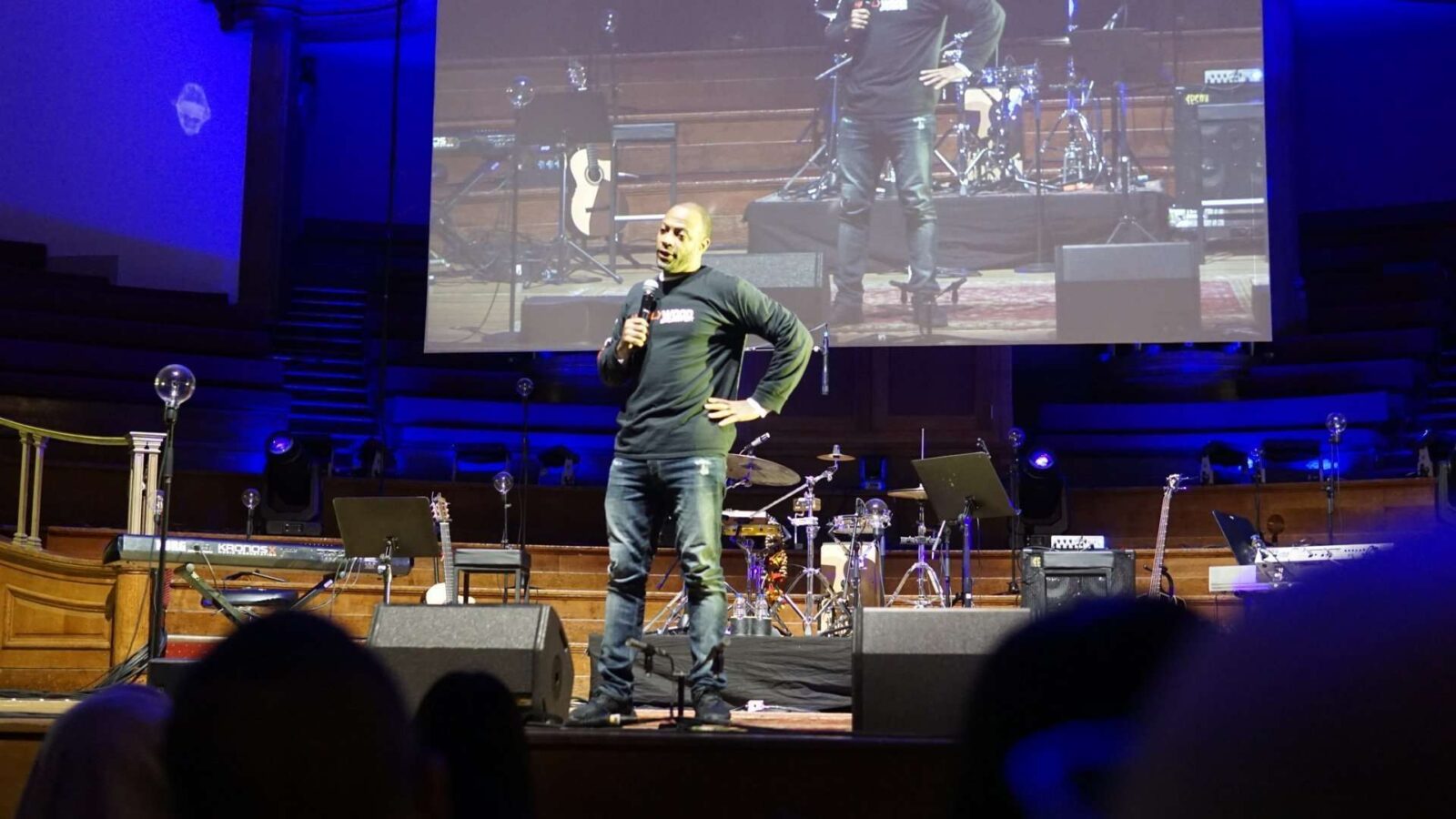 Artist ‘Raef’ started off the night with his three hit singles on his guitar, managing to get the crowd involved and in the mood before Maher Zain entered the stage. 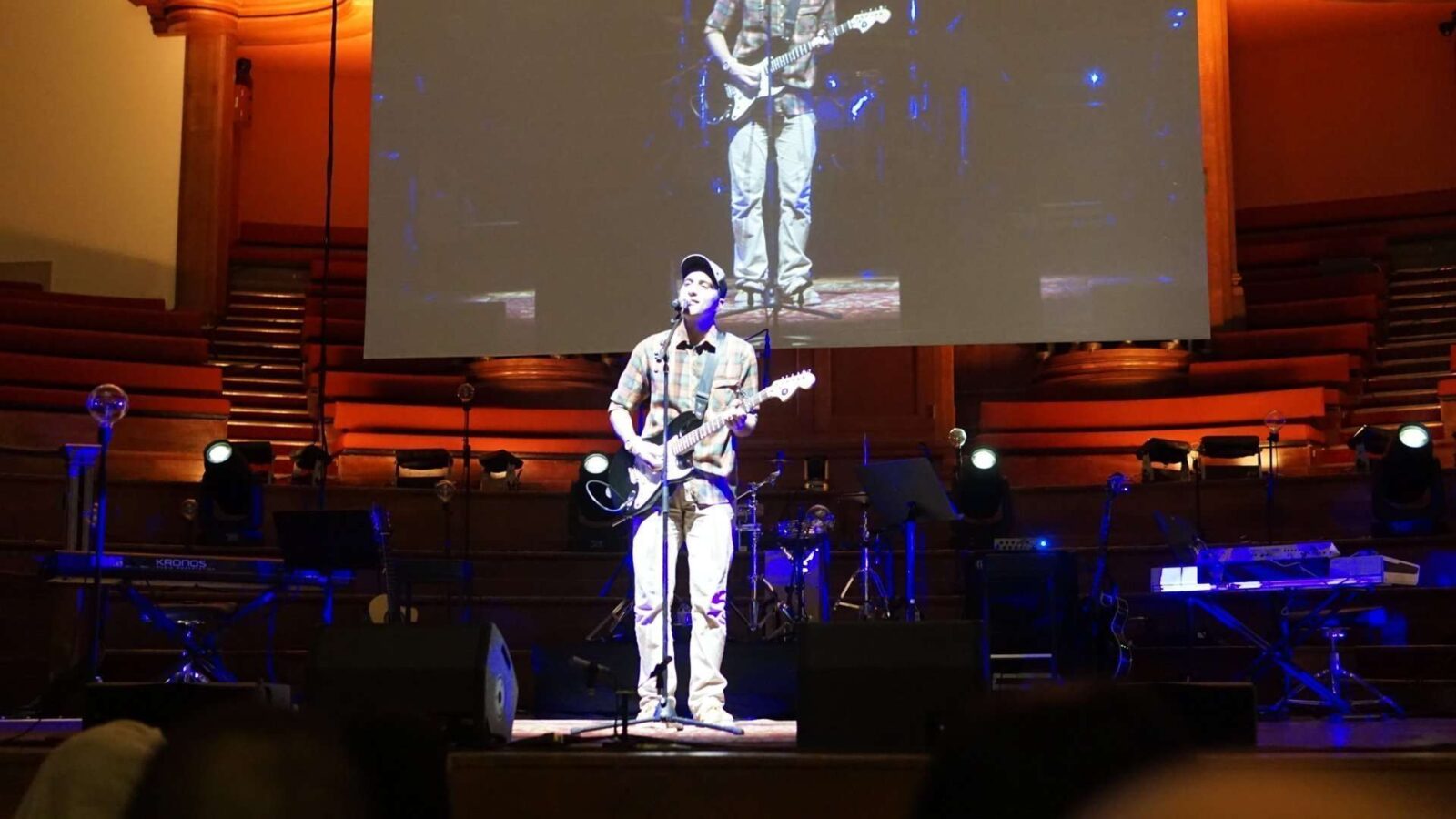 For a short while, it was time to raise as much money as there could for the underprivileged Girls education hosted by Naeem Raza. It starts at 30,000 a year to a minimum of £15 a month. Many hands were raised when numbers from 15,000 downwards, which was overwhelming to see how generous people well and truly are to give to charity and help the girls gain their well-deserved education. Approximately enough was raised to help 870 girls who are now able to go to school to get themselves an education.

After, the donation went on for approximately. For 40 minutes, it was nearly time to witness Maher Zain for the first time. Before Maher Zain entered the stage, a new signing for Awakening Records, a female singer called ‘Iman’ from Germany, performed for the first time in London. This was in front of a large audience undercard of Maher Zain’s, which she sang the popular track called ‘The Chosen One’ single and two other singles beautifully.

Finally, it was the moment I’d been waiting for a very long time. To witness a live performance by Maher Zain, he performed his latest and classic hits from his new album ‘One’.

Part 1 of the Concert

Part 2 of the Concert

Introduced to the stage by Omar Regan with a loud cheer from the patient waiting crowd. Maher Zain entered the stage singing ‘Good Day’ followed by people’s favourite` Asalaam Alaikum’. Over an hour of live singing and live tracks included ‘I’m Alive, ‘Barakallah’, ‘Medina’, and a Michael Jackson special called ‘Heal the World’ and many more.

However, there was a special moment when Maher Zain sang a song dedicated to all the mothers out there called ‘Number One for Me’. Singing the track, Maher called up two little girls onto the stage and sang with them side by side. It was a nice gesture, and the crowd adored watching two little girls standing alongside Maher Zain.

To end the night, Maher Zain introduced his band, who were from different cultural backgrounds, and finished off with the song Barakallah, although that was not the end of the show. Afterward, I got to meet up with my brother, Maher Zain. As well as Ali Official, Harris J, Omar Regan, and Safe Adam. It was a pleasure meeting all these people in one night, supporting Maher Zain in the last event of his UK tour before heading off to Australia. I have to say this was definitely a night to remember for a long time.

It was a nice early treat a month before my birthday on December 1st to meet all these friends and witness Maher Zain perform live for the first time.

Thank you for reading my blog post. I really hope you all enjoyed this post and be sure to leave your comments below on your thoughts.

Also, I will be uploading Maher Zain’s full live performance on my YouTube channel soon when I compile the video together. Subscribe now to view the video as soon as it’s out.