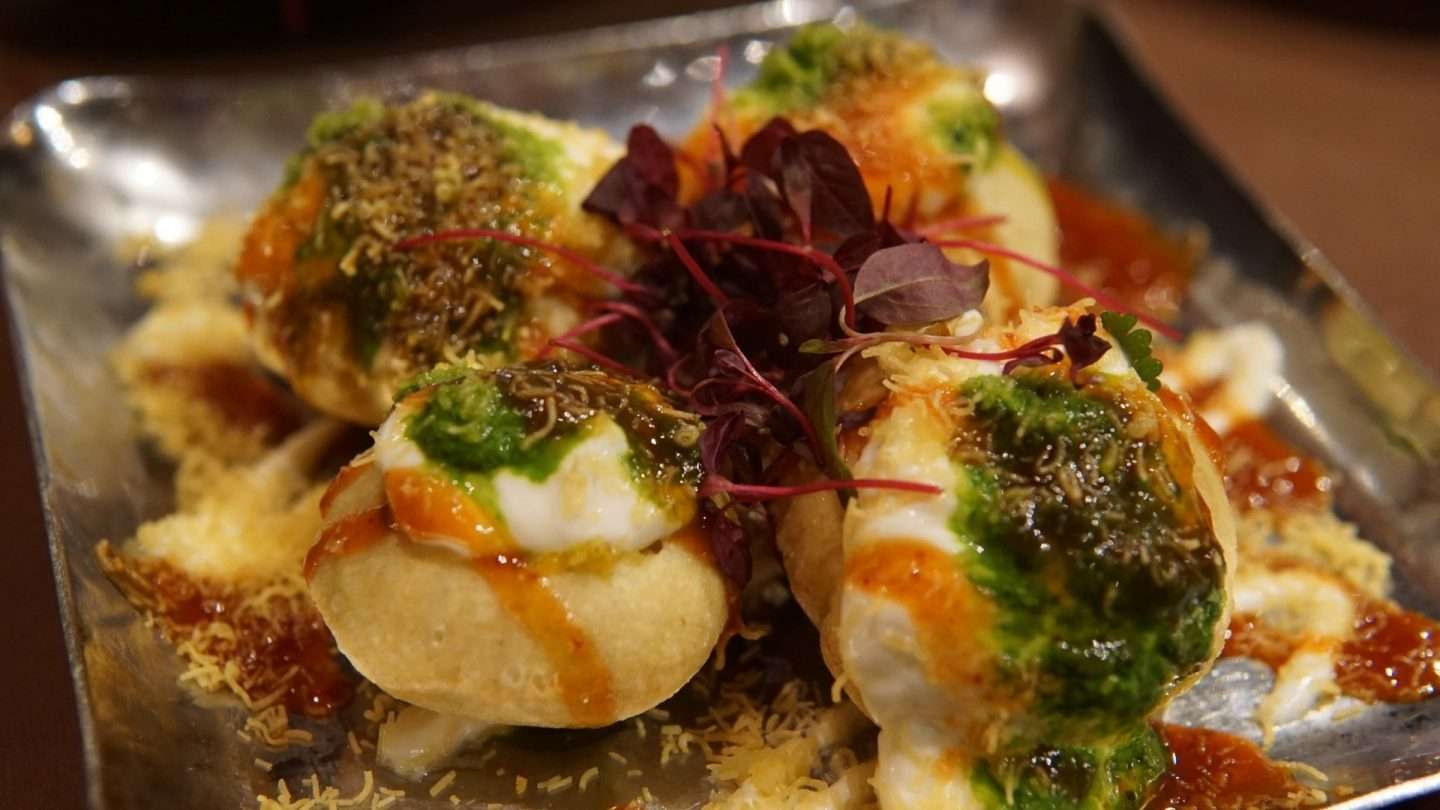 Last week, I was kindly invited to a dinner at Hankies cafe to try out Indian street food down on Shaftesbury Avenue, so I took along a friend to experience the food with me. Also, you have Chinatown literally opposite this cafe, if you wish to explore later on after a quick meal here.

Although I tend to have Indian food more or less every day from my mothers cooking, it’s nice to try different dishes than the traditional homemade food from time to time. As you enter the place, you see fresh rotis being prepared by the chef. However, that tempted us to order a few to have with our dishes but found them very dry.

When I arrived it was only half full, but 15mins later, it started to get very busy by the drinks area and inside where the tables were based. This branch is in the middle of one of the busiest streets in London as its really small does tend to get busy fairly quickly.

Looking at the menu and the images online, it gave me a few rough ideas on what to order. You don’t have as many options as their menu is small, but there are few dishes worth trying. We ordered the well known ‘Chili Lamb Chops’ and Dahi Puri, as both know to be picturesque and tasty.  As we saw the portion size of the food, we ordered further Chicken Soola for the both of us and Mocktails. Finally, some Indian dessert to end our meals.

The Chili Lamb Chops flavours were nice and impressive. Marinated in Kashmiri chillies, paprika and mustard oil. This looked really juicy and perfect for the meat lovers, I definitely recommend and would come back to try this again as it was so good.

Dahi Puri was such a picturesque dish,  a crispy puri, potatoes, yellow peas and sweet yoghurt, tamarind and sev. I ordered the puri that contained yoghurt, whereas my friend opted for the same dish but without containing any yoghurt. There was one moment where we asked for a separate sauce, which came with the Dahi puri, but as one of the staff member but was not Asian, he could not understand what we were asking for, so we had to speak to the manager in order to get what we needed. This was very crispy and sweet, nice bit of combination, which I enjoyed along with the Lamb Chop.

The Chicken Soola was another item we ordered from the menu, which was slightly spicy, but not ideal for those who cannot handle any kind of spice. Although it seemed like dried chicken pieces with very bland strings of onions for presentation.

Mocktails we had were Nimbu Pani which looked really refreshing and worthy of a photo. However, I wasn’t a huge fan of the taste as it had a bit of a strange one. It contained ginger syrup, lemon, soda and mint.  The ‘Guava N Tonic’ also contained a bit of guava and fever tree naturally light, which looked pretty much like a simple drink straight out of a carton box.

Finally, after our portions of mains and starter, we opted for some dessert. I simply cannot go without having tried out some dessert, therefore I opted for the ‘Aam Gur ke Kheer’, whereas my friend opted for the ‘Kulfi’ which was just a simple ice cream tasted like a normal vanilla ice cream.

Overall, at Hankies Cafe the service was not the best, but it was okay, as they forgot our Roomali Roti when we ordered from the menu with our mains, so we had to wait a bit for our Roti’s to arrive. Other than that, to be fair, it’s a place to enjoy on the go if you’re out touring Central London, particularly around ‘Chinatown’ area but looking for a Desi style food. It’s a spot for a quick meal to visit with a friend or a small family. The food was okay, as the only thing on their menu I really enjoyed was the lamb chops.

Disclaimer: I was invited to this cafe at the Shaftesbury Avenue branch, but opinions are my own. Please connect your site to YouTube via this page before using this widget.